1817 Thomson Map of the Balkans 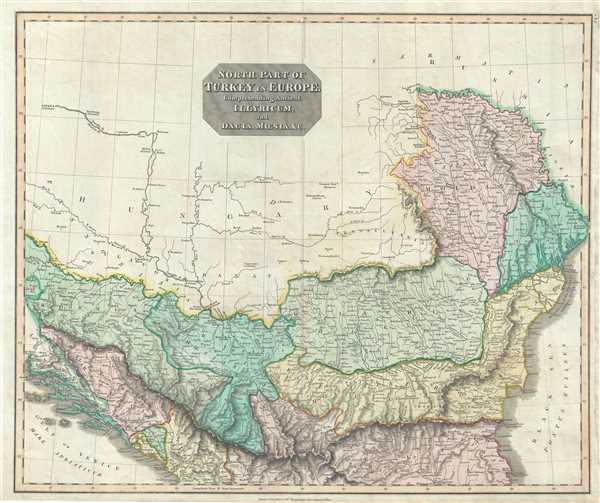 1817 Thomson Map of the Balkans

Beautiful map focusing on the Balkans during ancient and modern times.
$250.00

This is an attractive 1817 map of the Balkans by the Edinburgh cartographer John Thomson. It depicts the region from modern day Slovenia east to the Black Sea and from Moldova south to include Bulgaria. The map also notes the ancient Roman regions of Illyricum, Dacia and Moesia. Throughout, the map notes both contemporary and ancient place names. Also notes rivers, mountains and other topographical features.

Thomson's work, including this map, represents some of the finest cartographic art of the 19th century. His maps are known for their stunning color, awe-inspiring size, and magnificent detail. This map was prepared by John Thomson for inclusion in the 1817 edition of his New General Atlas.