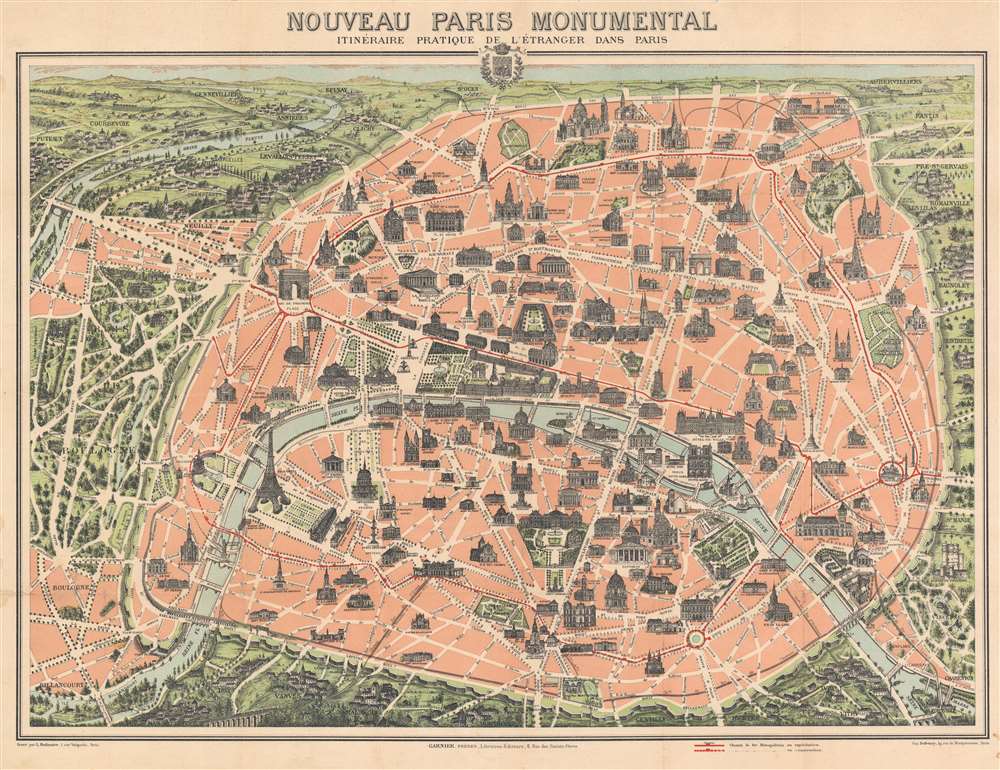 This is an extremely attractive 1903 Garnier Frères tourist pictorial pocket map of Paris, France. The map depicts the walled city of Paris and the immediate vicinity from Billancourt to Aubervilliers and from Puteau to Charenton. Celebrated tourist sites are shown in profile, including the Eiffel Tower, the Arc de Triomphe, Sacre-Coeur, the Pantheon, and several more. Paris's many train stations are illustrated along with the railroad lines. Both the Bois de Boulogne and the Bois de Vincennes are depicted in stunning detail.

This map was issued in various editions from, roughly 1900 to 1937. Although most examples are undated, we can assign an approximate date due to the development of the Metro system and the map's overall style and construction. In this case, both Line 1 and Line 2 of the Chemin de fer Métropolitain are open, and today's Line 6 (then known as Line 2 Sud (South)) is under construction. This places the map's publication between January 31, 1903, when Line 2 opened between Étoile and Nation, and November 6, 1903, when Line 2 Sud opened between Passy and the Place d'Italie.

This map was engraved by L. Poulmaire, printed by Eugène Dufrenoy, and published by Garnier Frères in 1903.