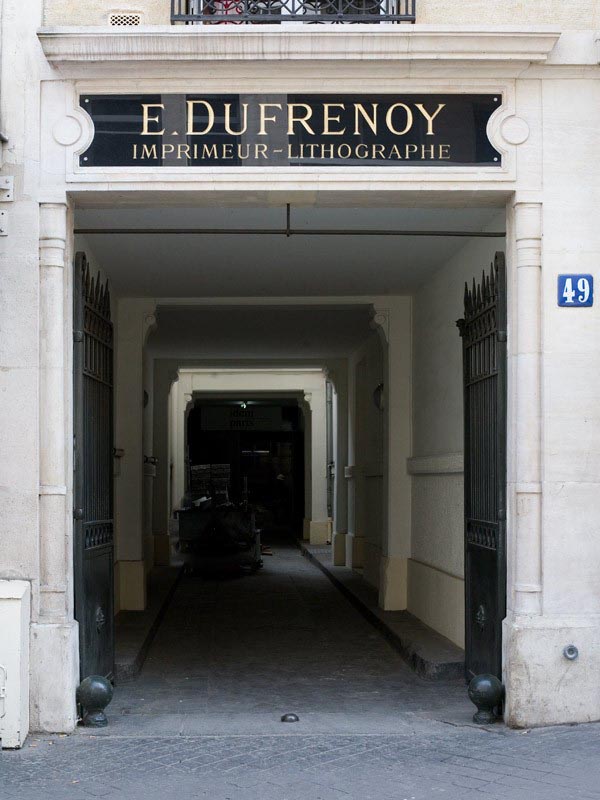 Eugène Dufrenoy (January 21, 1834 - 190x), aka Dufrenois, was a French printer, lithographer, and engraver active in Paris during the second half of the 19th and the early 20th centuries. Dufrénoy born in Bourg-la-Reine, in what is today the southern suburbs of Paris. He was based, for at least part of his career, at 34 Rue du Four, Paris. In 1881 Dufrénoy acquired a large space at 49 Rue du Montparnasse. This space still operates as a printshop with Dufrénoy's old presses as IDEM Paris. ˜