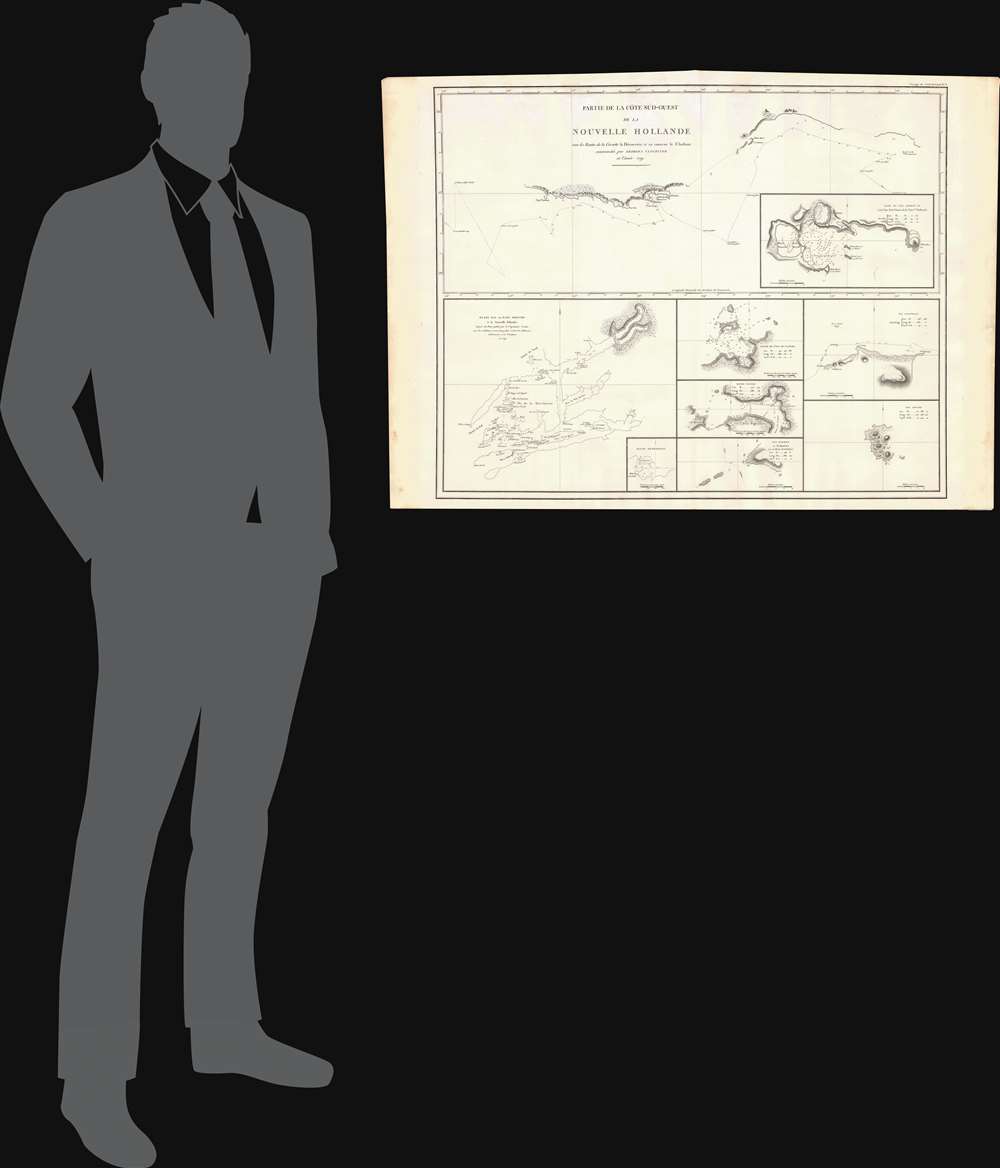 A cornerstone map of Australian discovery and colonization.

One of the great navigator George Vancouver's most important and influential maps, this is Vancouver's 1799 mapping of southwestern Australia and New Zealand. Though less well known than his historic mapping of the Pacific Northwest, Vancouver's work in Australia and New Zealand is no less significant. Vancouver was commissioned to examine 'that extent of coast of the south-west side of New Holland, which in the present age appears a real blot in geography.' In the course of his Australian explorations he discovered and named Oyster Bay, Cape Chatham and Cape Howe, and King George the III Sound, claiming each for Great Britain. Sailing east wind conditions prevented Vancouver from exploring the Australian Bight and led to an abandonment of one of his stated goals – determining whether nor not Van Diemens's land or Tasmania was, as presumed, an island or attached to the mainland. Continuing east Vancouver discovered '7 craggy islands' of the southern tip of New Zealand, which he named the 'Snares.' Chatham Island, named after one of Vancouver's ships,' was also discovered. All of these lands, Vancouver claimed for Great Britain. The cultural and historic importance of Vancouver's work in Australia, then called New Holland, and New Zealand cannot be overestimated. Vancouver's detailed descriptions of the lands he encountered laid the ground work for future settlement of the region by British nationals, giving birth to 'english Australia.'

Rumsey 3354.001 (English edition).
Looking for a high-resolution scan of this?