1661 Van Loon Map of California as and Island 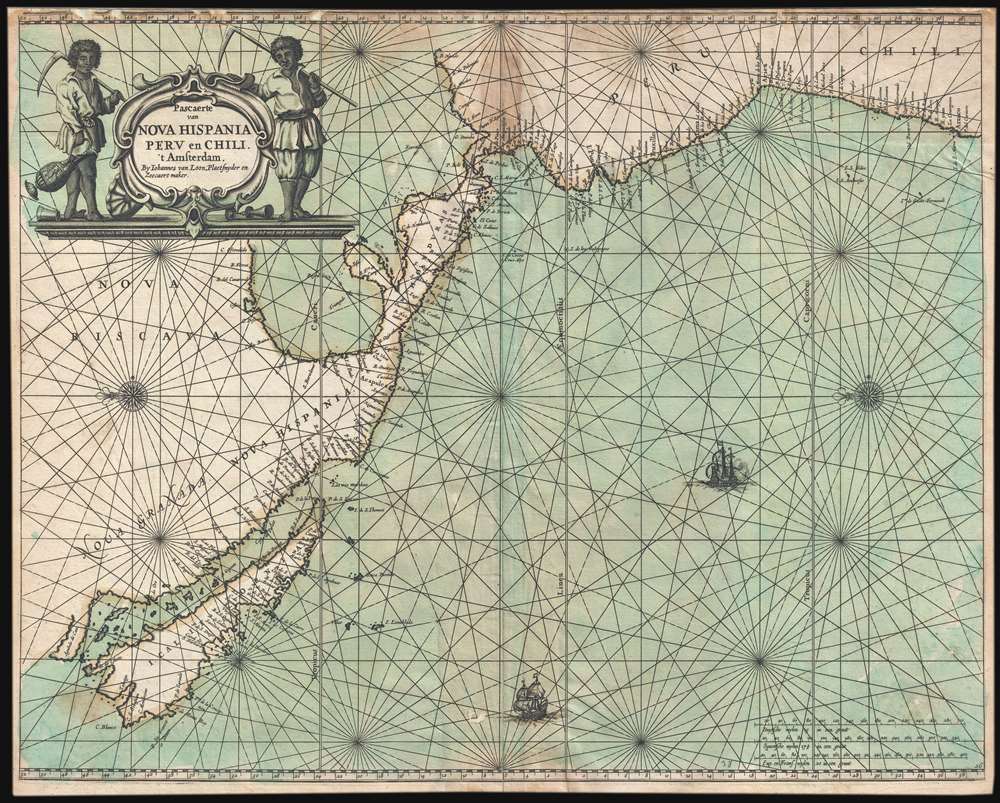 1661 Van Loon Map of California as and Island

One of the earliest folio maps to focus on California as an island.
$5,000.00

An example of Joannes van Loon's important 1661 map of the western coast of America including California as an Island. This is one of the earliest and rarest folio maps to focus on the Insular California myth. The map is oriented to the east, as navigators sailing for the important Mexican silver port of Acapulco from Far East would have experienced the approach. The title cartouche, in the upper let quadrant, features two simply dressed farmers with cycles, presumably a stylized attempt to illustrate the indigenous peoples of the Americas.

Insular California here follows the 1635 Second Sanson model based upon the supposed discoveries of Luke Foxe in 1631-1632. Foxe never got close to California, but the map accompanying his 1635 narrative nonetheless introduced new cartography, particularly a modification of the northern part of Insular California that included several new bays identified as Talaago and R. de Estiete, as well as a peninsula from the mainland identified as Agubela de Cato. Foxe provides no basis for the new cartography, but it was embraced by Sanson in 1656 and had a lasting impact on subsequent mappings of Insular California including that of Hendrick Doncker and, as here, Johannes van Loon.

Cartographically the map is based on the more common Hendrick Doncker chart of 1660, itself derived from Blaeu's 1648 wall map of the world, Nova Totius Terrarum Orbis Tabula. It exhibits several important advancements, including greater detail on the eastern coast of Central America, added nomenclature in the Gulf of Mexico, and the addition of P. Sir Francisco Draco.

This map was issued for Van Loon's rare 1661 Klaer-Lichtende Noort-Ster ofte Zee Atlas. Further editions of the atlas were issued in 1666 and 1668, but all examples of this map resolve around a single plate and likely a single printing in 1661. Today this map is exceedingly rare. There are no examples identified in the OCLC. The Library of Congress sites one example in their copy of Van Loon's atlas and Stanford records an example in the Glen McLaughlin Collection.

Johannes van Loon (c. 1611-1686), also known as Jan van Loon, was a Dutch mapmaker, mathematician, and engraver active in Amsterdam during the middle part of the 17th century. Van Loon issued the exceptional nautical atlas Klaer-Lichtende Noort-Ster ofte Zee Atlas in 1661. His is also known to have engraved several plates of Cellarius's Harmonia Macrocosmica Seu Atlas and to have contributed maps to nautical atlases and pilot books by Jacobsz, Jan Jansson, Johannes Janssonius van Waesbergen, and Robijin. Little is known of his personal life. Learn More...