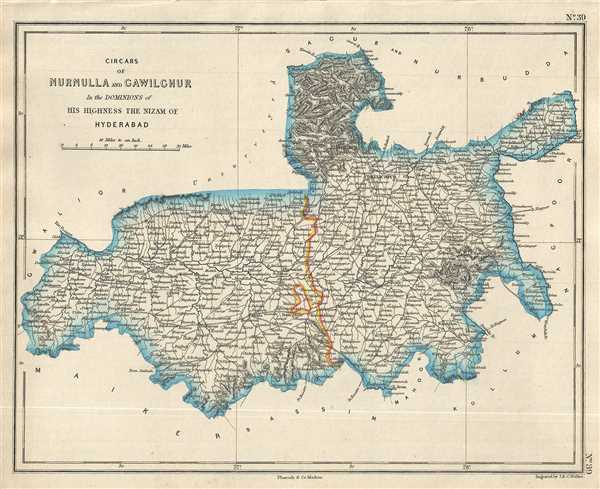 Map of part of the Amravati division of Maharashtra, India under the rule of the Nizam of Hyderabad.
$250.00

This is a good example of the 1854 Pharoah and Company map of part of the Amravati Division or the districts of Akola, Buldhana and Amravati in the Indian state of Maharashtra. It covers the circars or sarkars of Nurnulla and Gawilghur ruled by the Nizam of Hyderabad under the protection of the British East India Company. The map notes important towns, rivers, roads, and topography and extends from Patur north to the Melghat Tiger Reserve and from Chikhli east to the Wardha River.

This map was engraved by J. and C. Walker and issued as plate no. 39 by Pharoah and Company in their 1854 Atlas of Southern India.