1893 Kurz and Allison View of the Civil War Battle of Winchester, Virginia 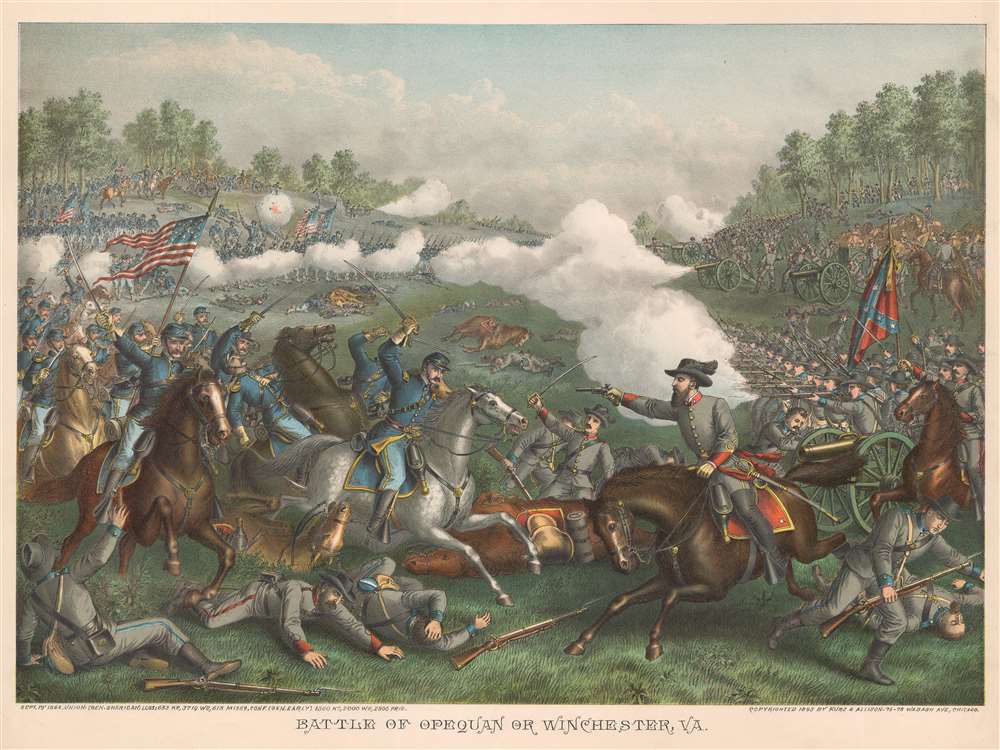 1893 Kurz and Allison View of the Civil War Battle of Winchester, Virginia

Cutting off the Confederate 'Breadbasket.
$400.00

This is an 1893 Kurz and Allison view of the Third Battle of Winchester or the Battle of Opequon during the American Civil War (1861 - 1865). Union cavalry and infantry carrying American flags charge Confederate lines from the left. Wounded and dead soldiers and horses litter the battlefield while plumes of smoke illustrate artillery and gun fire. Battle lines stretch to the horizon.

The Third Battle of Winchester

Fought on September 19, 1864, the Third Battle of Winchester was the largest battle fought in the Shenandoah Valley during the American Civil War. Union Major General Philip Sheridan had been tasked by Lieutenant General Ulysses S. Grant with rendering the Shenandoah Valley, known as the 'breadbasket of the Confederacy', useless to the enemy. The battle raged all day, with both sides leading attacks and counterattacks, but it ended in a Union victory after the Confederate army withdrew. Historians remember the battle as the first battle of the war 'in which cavalry, artillery, and infantry were all used concurrently and to the best possible advantage, each according to its own nature and traditions.'

This view was created and published by Kurz and Allison in 1893. We note a single cataloged example which is part of the collection at the Library of Congress.

Library of Congress Control Number 91481549.
Looking for a high-resolution scan of this?