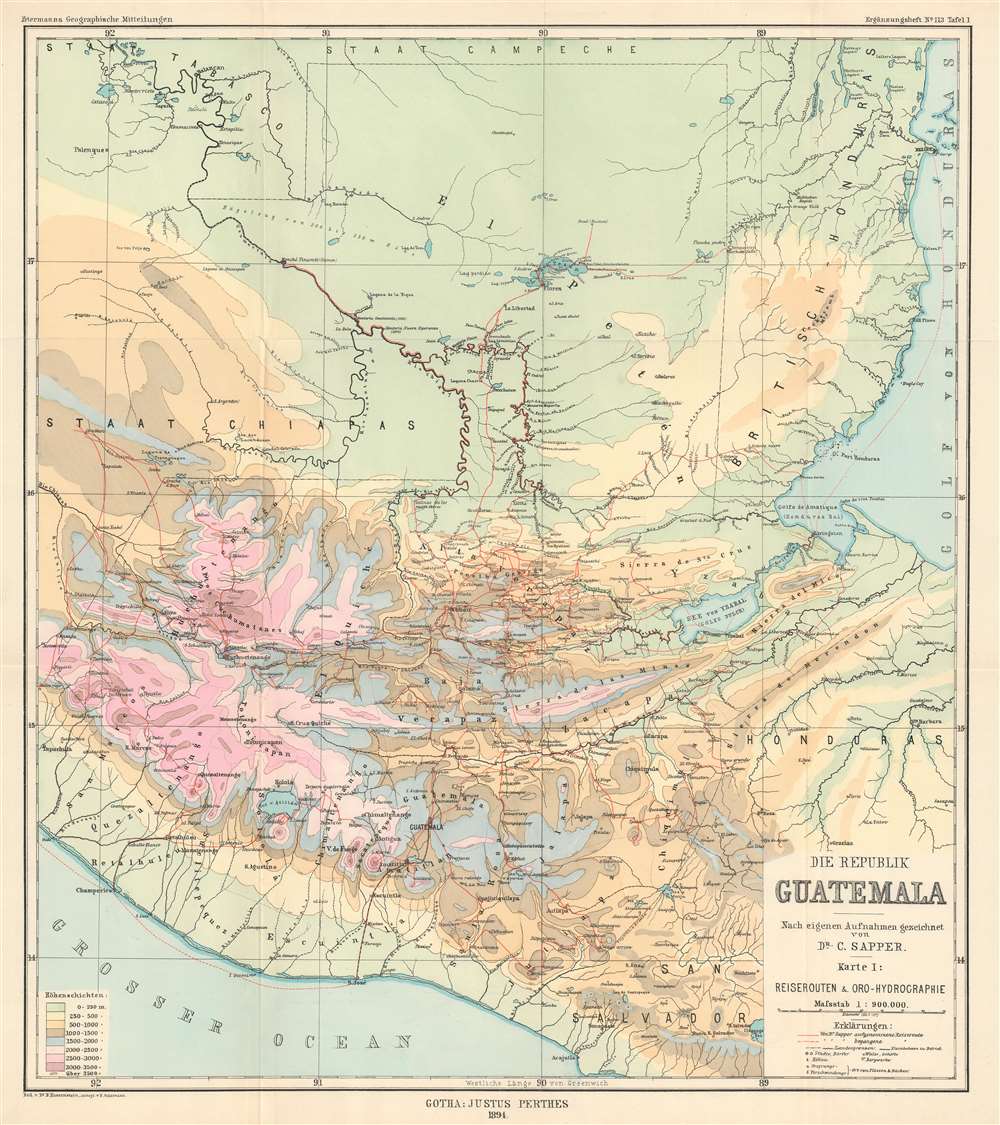 This is an 1894 Hassenstein orohydrographic map of Guatemala. Orohydrography is the study of the relationship between mountains and water drainage patterns, thus an orohydrographic map illustrates a region's topography and how that topography effects its watersheds. Here, Hassenstein has employed nine different colors to highlight different areas separated by altitude, which allows the viewer to more easily understand how water would run downhill. Orohydrographic maps also illustrate flowing-water (rivers) and standing-water (lakes), in order to provide a complete understanding of the region's hydrography. Dr. Sapper's routes through the region are also traced, with the solid red line tracing overland sections and dashed lines marking parts of his journey made over water.

This map was created and drawn by Bruno Hassenstein, engraved by H. Salzmann, and published by Justus Perthes in an 1894 edition of Petermanns Geographische Mitteilungen. The OCLC records only one example, which is part of the collection at The British Library.