1831 Teesdale Map of the Pacific Ocean 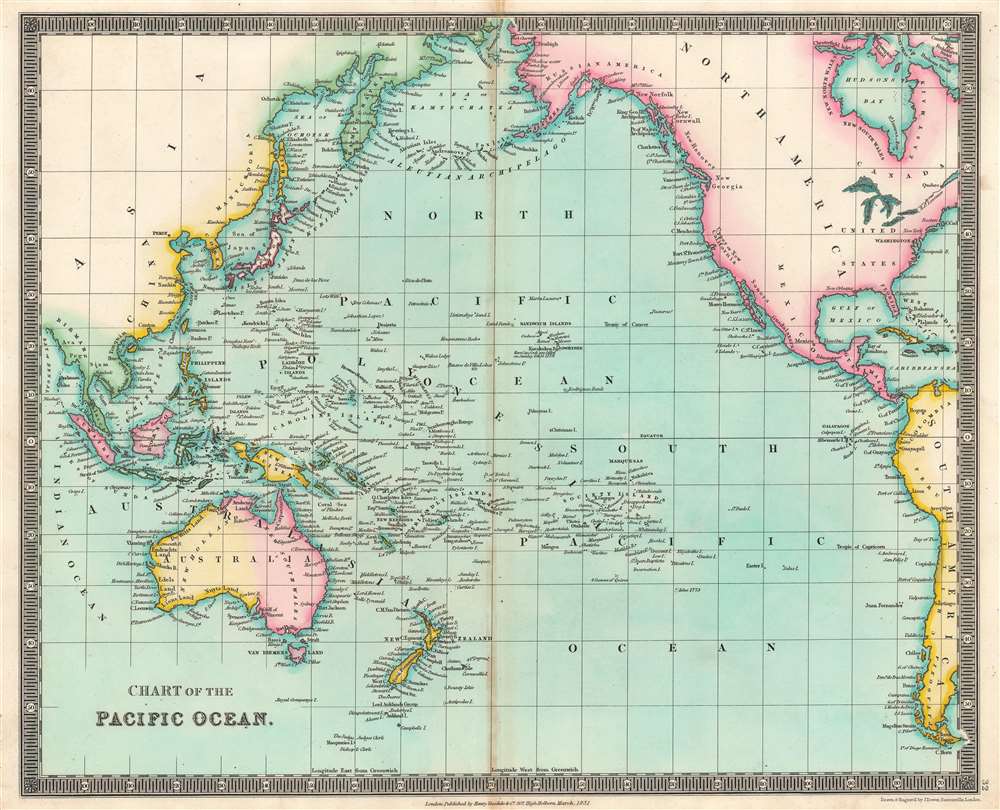 1831 Teesdale Map of the Pacific Ocean

This is an 1831 Henry Teesdale map of the Pacific Ocean, with coverage extending from Asia to the Americas. Islands dot the map, including the Sandwich Islands and 'Owhyhee', the Society Islands, and the Friendly Islands. Unusual names and spellings populate the Pacific Northwest, including, from north to south, 'Alashka', New Norfolk, New Cornwall, New Hanover, and New Georgia. Intriguing regional names appear in Australia as well, such as 'Lions Land', 'Edels Land', 'Nuyts Land', and 'Endrachts Land'.

This map was drawn and engraved by John Crane Dower and published by Henry Teesdale in the 1831 edition of his A New General Atlas of the World. The separate map is not cataloged in OCLC. We note three examples of the atlas cataloged in OCLC: The British Library, the University of London, and the Thomas Fisher Rare Book Library in Toronto, Ontario, Canada.

Very good. Light wear along original centerfold.
Looking for a high-resolution scan of this?