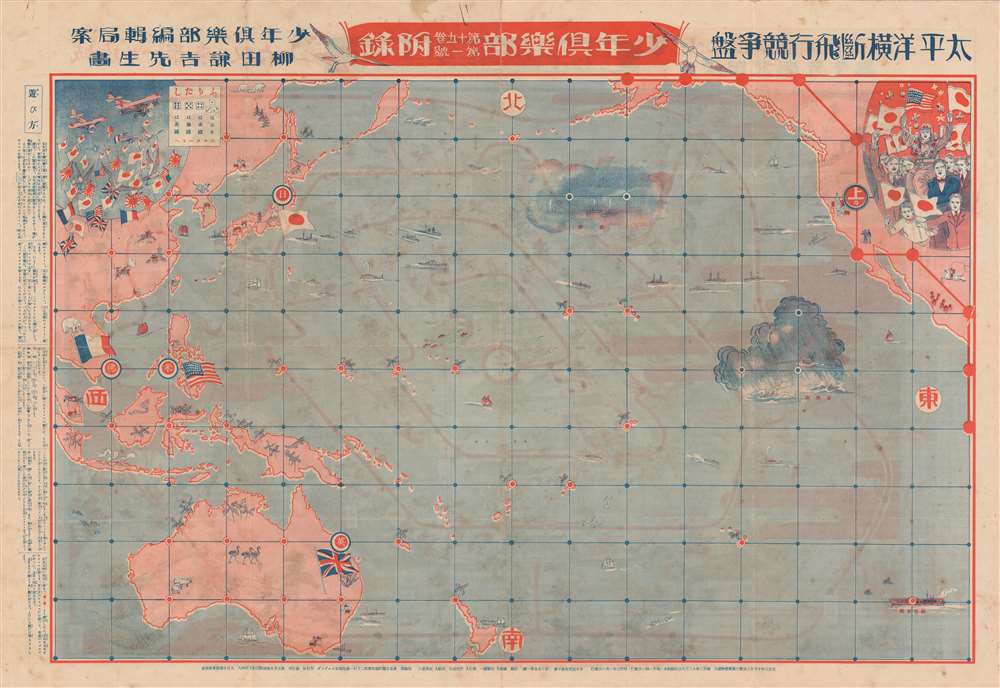 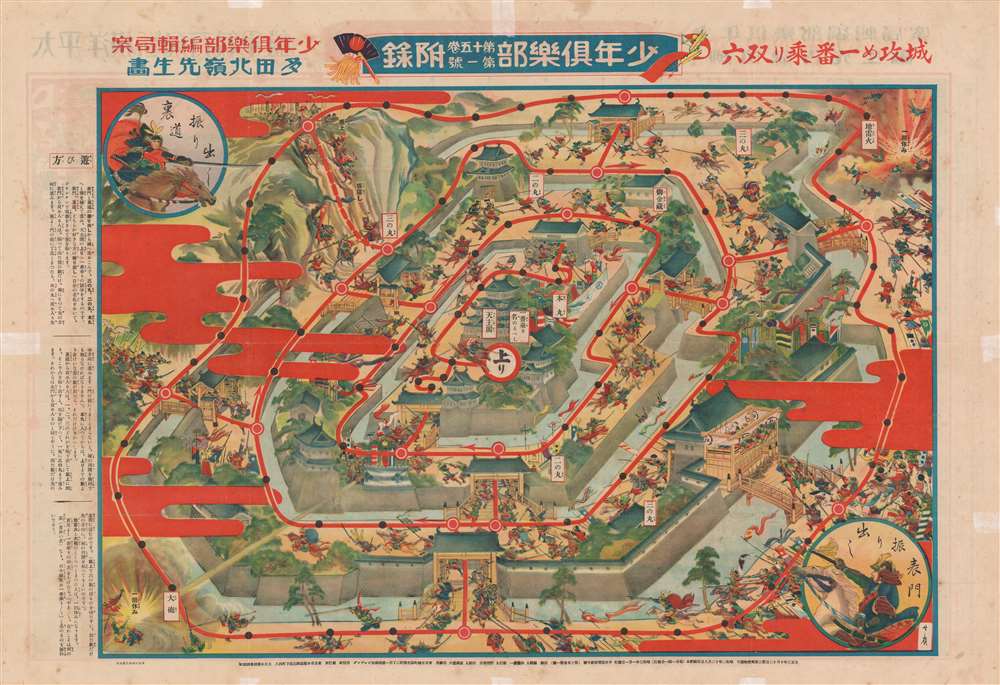 This is a rare 1927 (Showa 2) map and Sugoroku board drawn to promote Japanese ambitions to achieve the first solo trans-Pacific flight. The map was published by Dainippon Yutsukai Kodansha (大日本雄辯會講談社) as a New Year supplement to their 'Japanese Youth Club' periodical. The map is printed on both sides. The more interesting side (to us), is the trans-pacific flight Sugoroku. The opposite side features a brightly lithographed castle siege game.

In the late 1920s there was a global aviation race to become the first pilot to successfully cross the Pacific. Most planes at the time were small solo affairs, generally impractical for exceptionally long flight, but those daredevils who did accomplish such long non-stop flights became national heroes. In the U.S., this was Charles Lindbergh, in Japan, it was Seiji Yoshihara. When this map was issued, it was three years before Yoshihara's fateful flight, but he was already gaining renown airman. Yoshihara is here pictured in the upper right, with a victory wreath of flowers, holding aloft an American and Japanese flags. When Yoshihara finally attempted this flight, in May 1931, the effort ended in disaster, his plane forced down by mechanical problems in the Kuril Islands. He made a second attempt shortly after, but this too failed. The flight from Japan to California was finally completed later in 1931 by two American pilots, who left from Japan after Yoshihara. Today, all references to Yoshihara appear in English. We cannot find any reference to his exploits in Japanese

This map and Sugoroku board was published by Kodansha on December 8, Showa 2, or 1927, for issue on January First, Show 3, 1928. It was issued for the Volume 15, no. 1 New Year Issue of 'Japan Youth Club' a monthly periodical for Japanese teens.

Good. Overall toning. Some soiling. Wear on old fold lines. Archival edge repairs on verso.
Looking for a high-resolution scan of this?