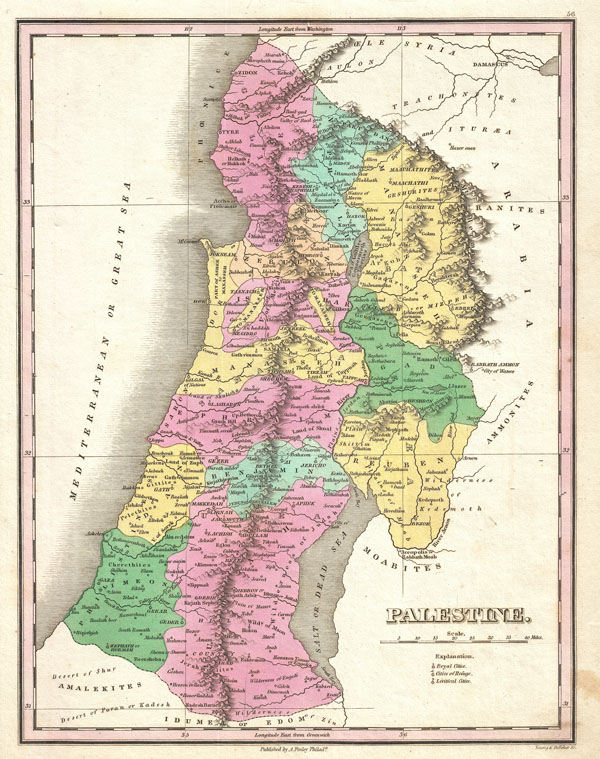 A beautiful example of Finley's important 1827 map of Palestine, Israel or the Holy Land. Covers the region from Sidon and Damascus in the north to the southern tip of the Dead Sea or Zoar. Includes the modern day nations of Israel, Lebanon and Palestine as well as parts of Jordan and Syria. Divided with color coding according to the Biblical tribes of Israel. Identifies numerous cities, river systems, deserts, and mountain ranges. Title and scale in lower left quadrant. Engraved by Young and Delleker for the 1827 edition of Anthony Finley's General Atlas.