1828 Finley Map of Israel, Palestine, or the Holy Land 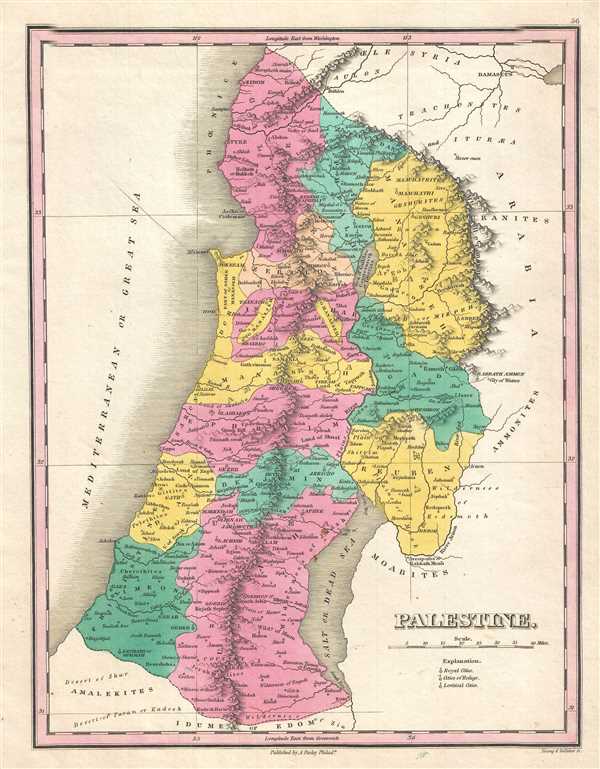 1828 Finley Map of Israel, Palestine, or the Holy Land

Illustrates the territory assigned to each of the Biblical tribes of Israel.
$200.00

This is an 1828 Anthony Finley map of Israel, Palestine, or the Holy Land. The map depicts the region from Sidon and Damascus to Zoar at the southern tip of the Dead Sea, including the modern-day nations of Israel, Lebanon, and Palestine, as well as parts of Jordan and Syria. Each of the shaded regions correlates to the territories of the Biblical tribes of Israel. Numerous cities are labeled, including Tyre, Sidon, and Jerusalem. River systems, deserts, and mountain ranges are also identified.