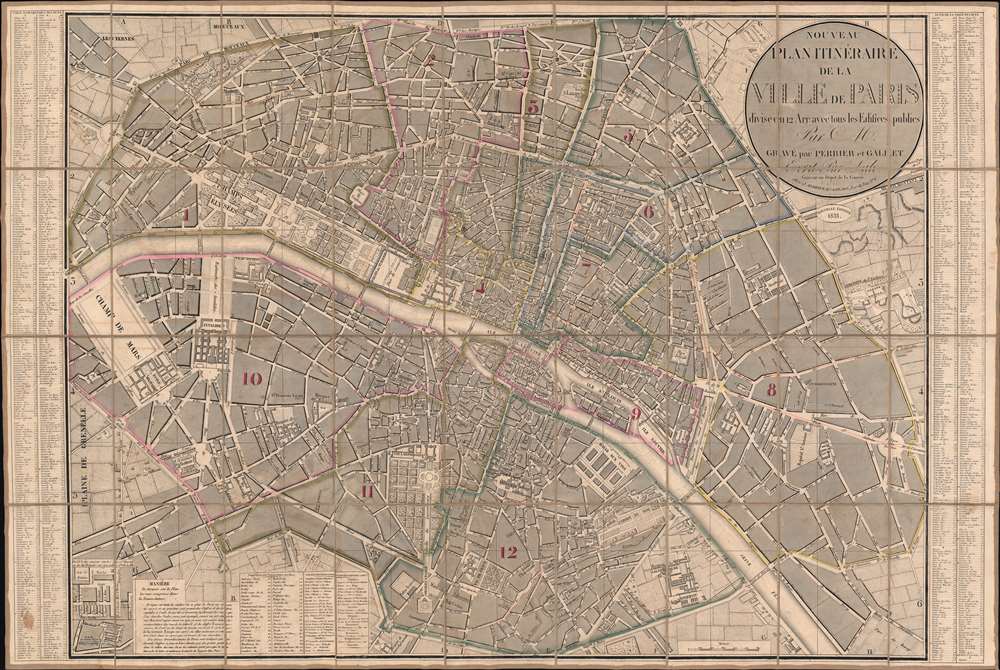 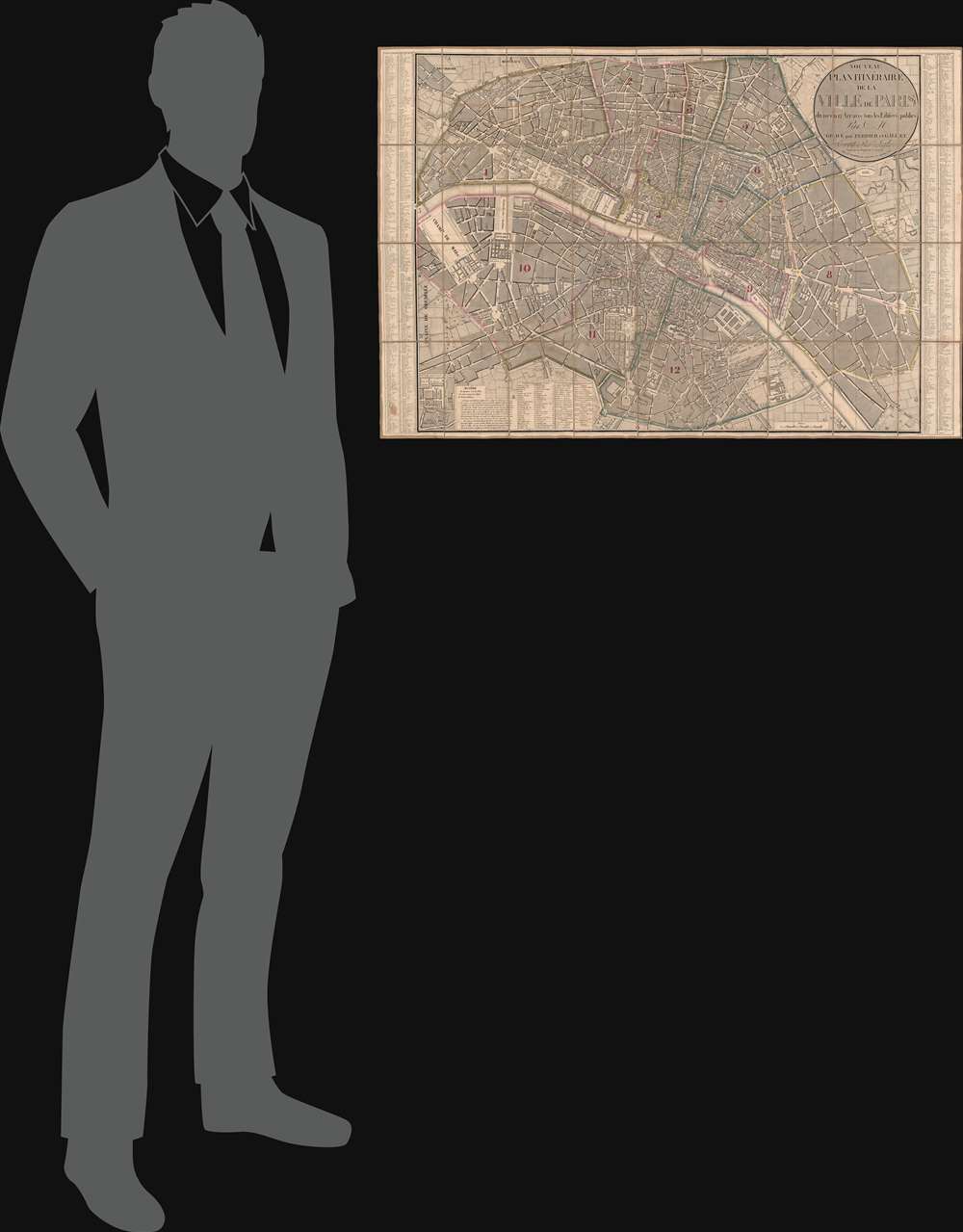 This is a beautifully engraved 1833 Andriveau-Goujon city plan or map of Paris, France. Predating Baron Hausmann's renovation of Paris, the city's iconic jumble of large boulevards and small streets leaps off the page. Nearly every illustrated street is identified. Sites around the city that would be familiar today include the Louvre, the Invalides, Notre Dame, and the Jardin des Tuileries. Today's Jardin des Plantes, a park popular, is labeled as the Jardin du Roi and the Place de la Concorde is the Place Louis XVI.

Paris in 1833 was three years removed from the July Revolution, also known as the French Revolution of 1830 when King Charles X was overthrown and his cousin, Louis Philippe, Duke of Orléans, ascended to the throne. Known as The Three Glorious Days (Les Trois Glorieuses), the revolution culminated in the capture of the Tuileries Palace, the Louvre, and the Hôtel de Ville (Paris's City Hall) and created a constitutional monarchy. The July Monarchy, as it came to be known, proved as unpopular as the previous government, and was overthrown by the Revolution of 1848.

This map was created by a cartographer known only as 'Ml, engraved by 'Perrier, Gallet, and Lale', and published by Andriveau-Goujon in 1833. Two examples are cataloged in OCLC and are part of the institutional collections at the University of Minnesota Minneapolis and the Institut national d'histoire de l'art in Paris.