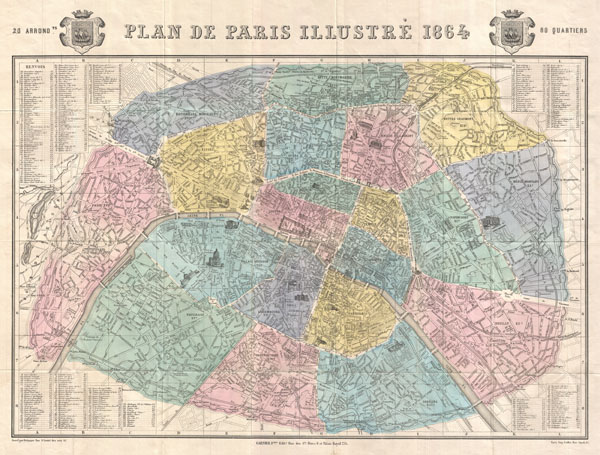 An extremely attractive map of Paris, France issued in 1864 by the Garnier Freres. Covers the old walled city of Paris and the immediate vicinity. Important buildings are shown in profile. All major streets are identified. Color coded according to arrondissements. The four corners are occupied by a street index. The Coat of Arms of Paris appears in the upper right and left quadrants.

Very good. Original fold lines exhibit some wear - especially at fold intersections. Else clean.
Looking for a high-resolution scan of this?