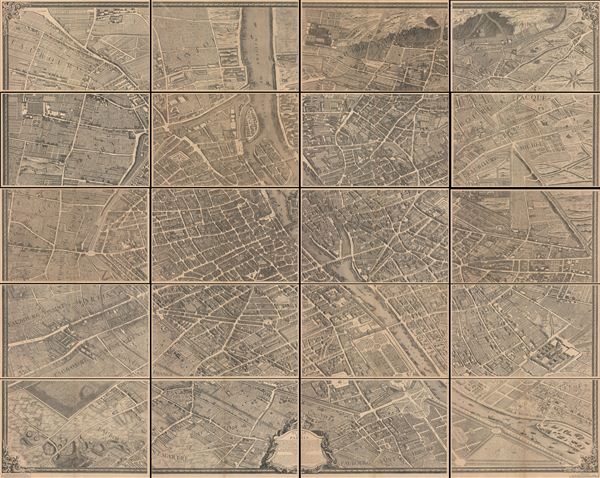 The completed map, which consists of twenty individual sheets, can be assembled into a massive and striking display roughly 8 feet high by 10 feet wide. Twenty loose sheets wrapped in a cardboard folio, this is Alphonse Taride's c. 1900 issue of Bretez's Plan de Paris.

Very good. All sheets exhibit overall toning centerfold toning to varying degrees. One or two sheets have minor marginal repairs on verso. The late 19th century paper, as is common with this issue of the Turgot map, is brittle. All sheets have ample margins which can be trimmed for tight framing.