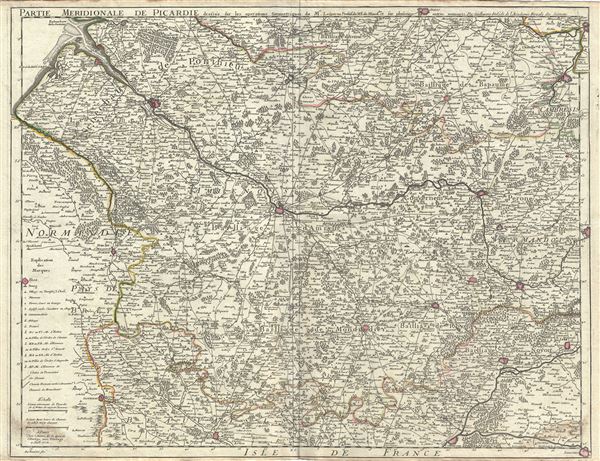 A beautiful 1712 map of southern Picardy, France by Guillaume De L'Isle. It depicts the French region of Picardy and covers from Bouchain, south to Soisson and from Beauvais north as far as Le Crotoy. Includes parts of the French departments of Nord, Aisne, Oise, Somme and Pas-de-Calais. The map renders the entire region in extraordinary detail offering both topographical and political information with mountains and forests beautifully rendered in profile.

A legend is included in the lower left quadrant of the map. This map was created by Guillaume De L'Isle in 1712.