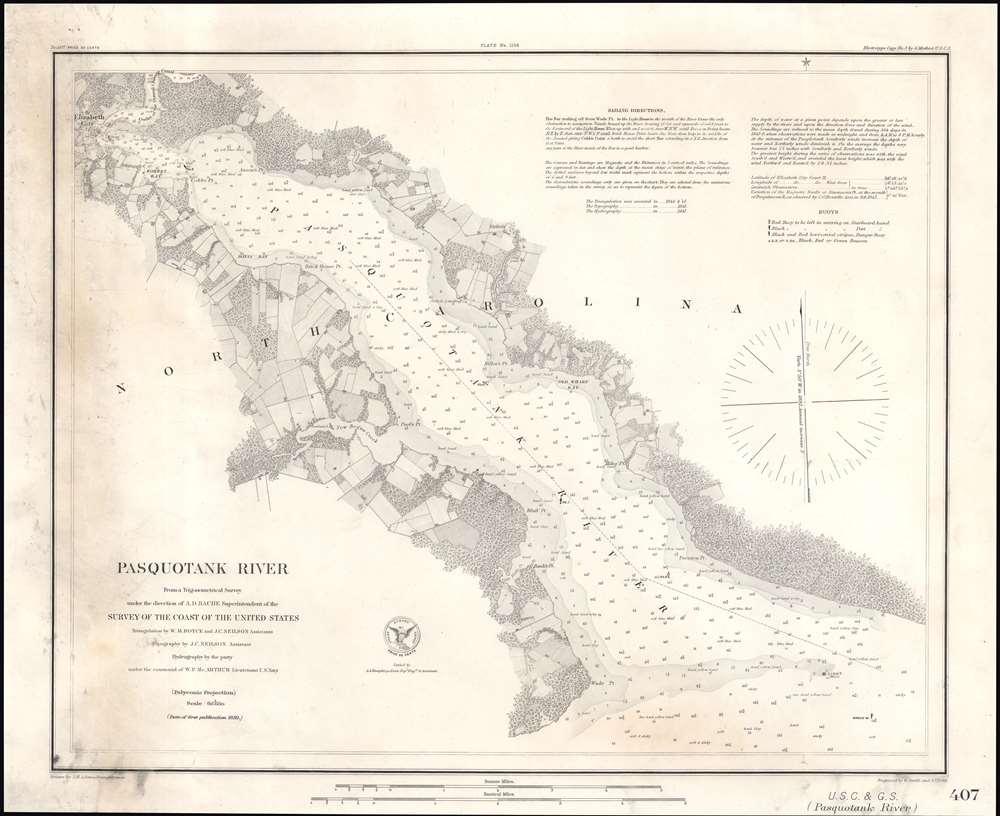 This is a rare separate issue first edition 1850 U.S. Coast Survey nautical chart or maritime map of the Pasquotank River, North Carolina. The map depicts from Elizabeth City along the course of the river to the river's mouth on the Atlantic coast.

This map is highly detailed for navigation. A wealth depth soundings, given in feet, are included all along the river, along with notes concerning the make-up of the river bottom. Numerous points and bays are labeled and individual fields along the riverbanks illustrated. Information concerning sailing directions, buoys, and other information pertinant to the mariner are included in the upper right.

This map was published in 1850 by the United States Coast Survey, with triangulation work completed by W.M. Boyce and J.C. Nielson, topography work done by J.C. Nielson, and the hydrography was completed by a party under the command of W.P. McArther of the U.S. Navy. The whole was compiled under the direction of Alexander Dallas Bache, the Superintendent of the Survey of the Coast of the United States and one of the most influential and prolific figures in the early history of the U.S. Coast Survey.