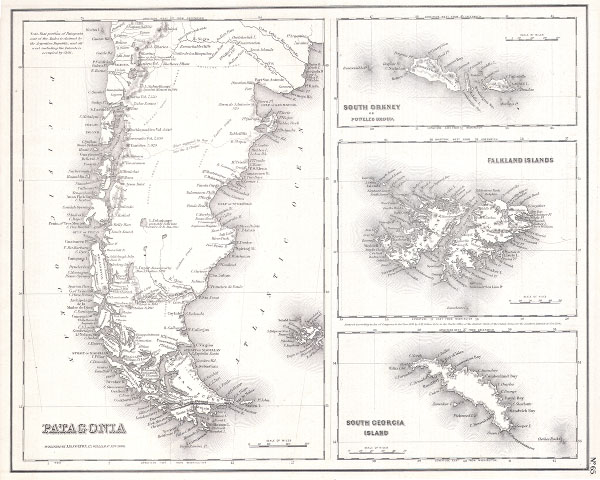 Rare map of Patagonia (Argentina) with side panel maps of South Orkney (Powell's Group), the Falkland Islands, and South Georgia Island. Shows the area in considerable detail including notations by important explorers, geographical commentary, and political data. Dated and copyrighted 'Entered according to Act of Congress in the Year 1855 by J. H. Colton & Co. in the Clerk's Office of the District Court of the United States for the Southern District of New York.' Published from J. B. Colton's 172 William Str. Office in New York.

Fine or perfect condition. Text on verso.
Looking for a high-resolution scan of this?