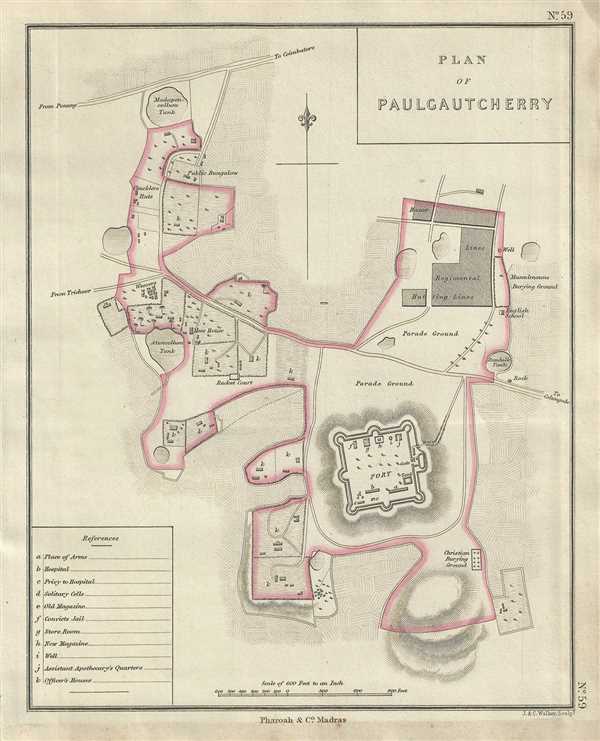 Plan of Palakkad in Kerala India, at the time of British rule.
$200.00

This is a lovely example of the 1854 Pharoah and Company map of Palakkad in Kerala, India. The map focuses on the area around the Palakkad Fort and notes fields, roads, official military buildings and topography. The title suggests the name ‘Paulgautcherry’ for this region, most likely an exonym used by the British at the time for Palakkad and nearby Pallatheri. A reference table in the lower left quadrant lists the locations marked within the fort.

The Palakkad Fort, captured by the British in 1790, continued to be garrisoned until the mid-19th century. This map was engraved by J. and C. Walker and issued as plate no. 59 by Pharoah and Company in their 1854 Atlas of Southern India.