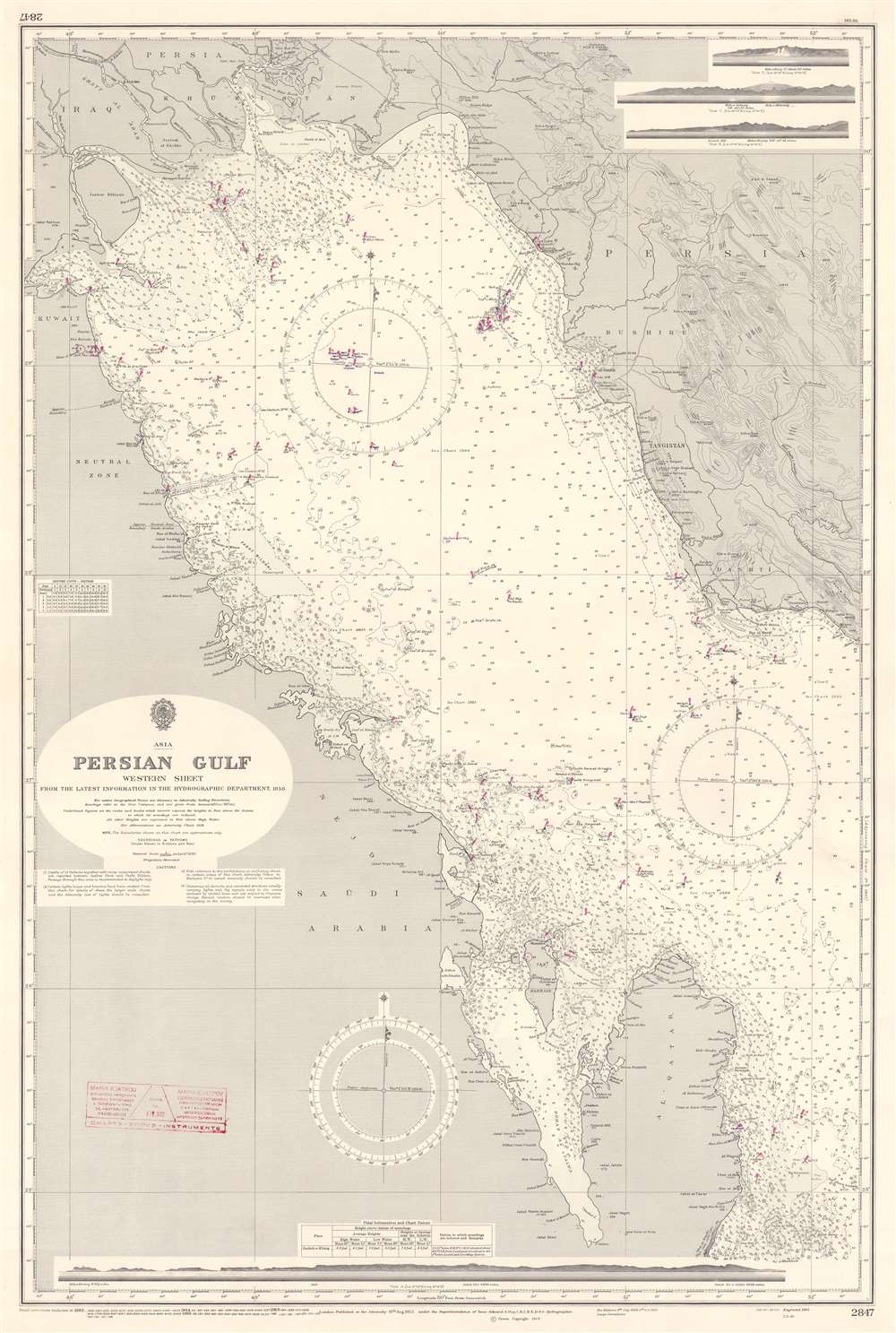 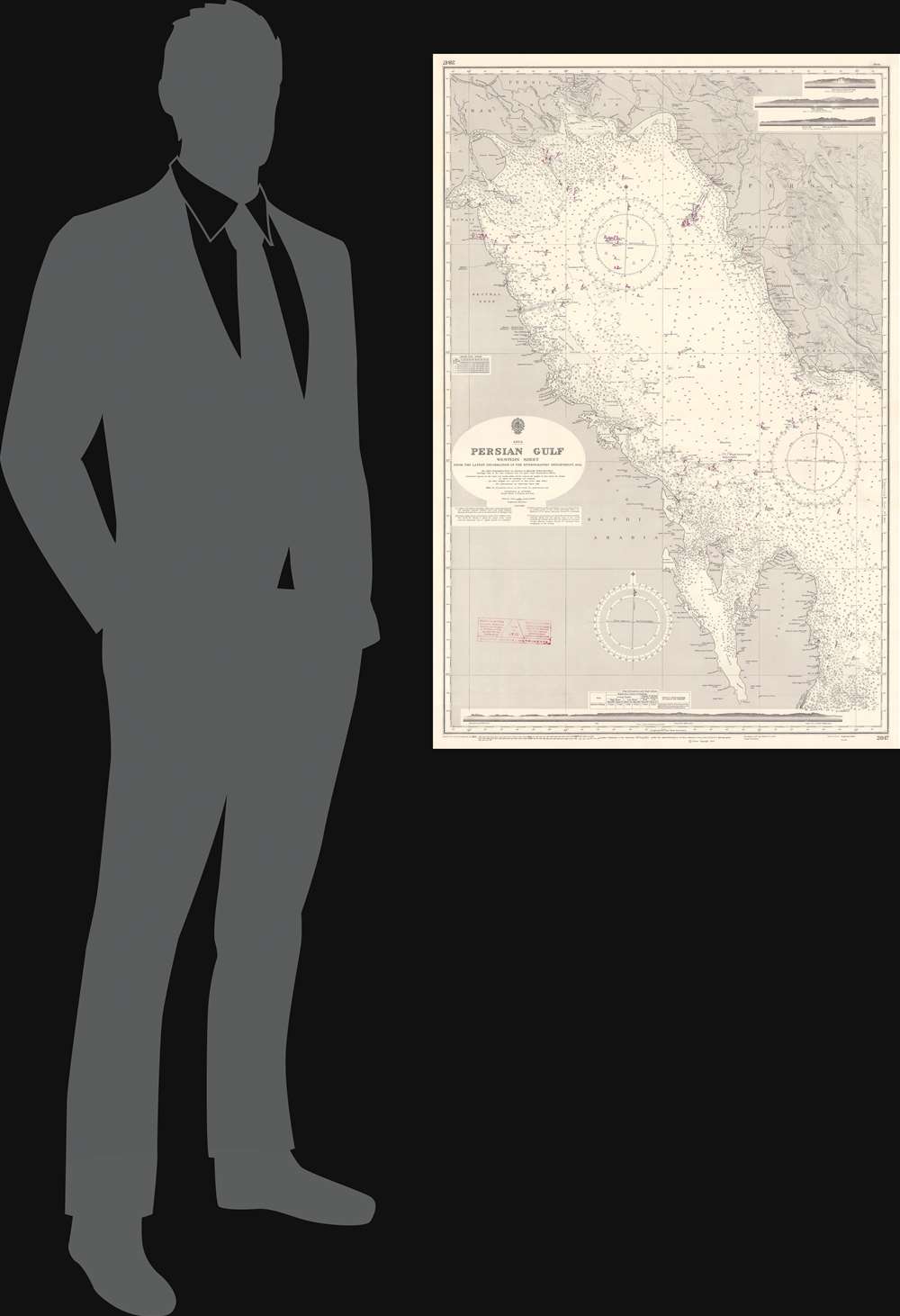 This is a 1966 British Admiralty nautical chart or maritime map of the western Persian Gulf. Coverage extends from Kuwait Bay to Qatar. This map details the early development of the Persian Gulf oil industry.

The Question of Oil

Gulf countries provide nearly half of the world's crude oil. Millions of barrels pass through the Strait of Hormuz daily. Innumerable depth soundings provide navigation aids to these critically important ships, along with notations marking flats and shoals. The terminus of an oil pipeline from Saudi Arabia is illustrated and labeled in the left side of the Gulf just to the right of the words 'Neutral Zone'. Purple cones highlight lights marking navigation hazards.

The British established the Saudi Arabian - Kuwaiti neutral zone in 1922 when measuring the border between the two countries. Saudi Arabia and Kuwait agreed to mutually administer this region of around two thousand square miles to accommodate nomadic Bedouin inhabitants. The two countries consented to come to a more definitive settlement at a later date. Neither Saudi Arabia nor Kuwait prioritized finalizing a more permanent solution until the late 1930s, when oil was discovered in southeastern Kuwait, near the Zone. Further discoveries within the Neutral Zone followed in 1958. They continued to mutually administer the region until an agreement formally dividing ownership was signed on July 7, 1965, that took effect on July 25, 1966 - the year this map was issued.

This chart was created and published by the British Admiralty in 1966. No examples of the present edition are cataloged in OCLC but examples of two earlier editions appear. The present example bears stamps from the original chart seller in Piraeus, Greece, a major port near Athens.

Very good. Exhibits wear along original centerfold. Stamp from seller present on both recto and verso.
Looking for a high-resolution scan of this?