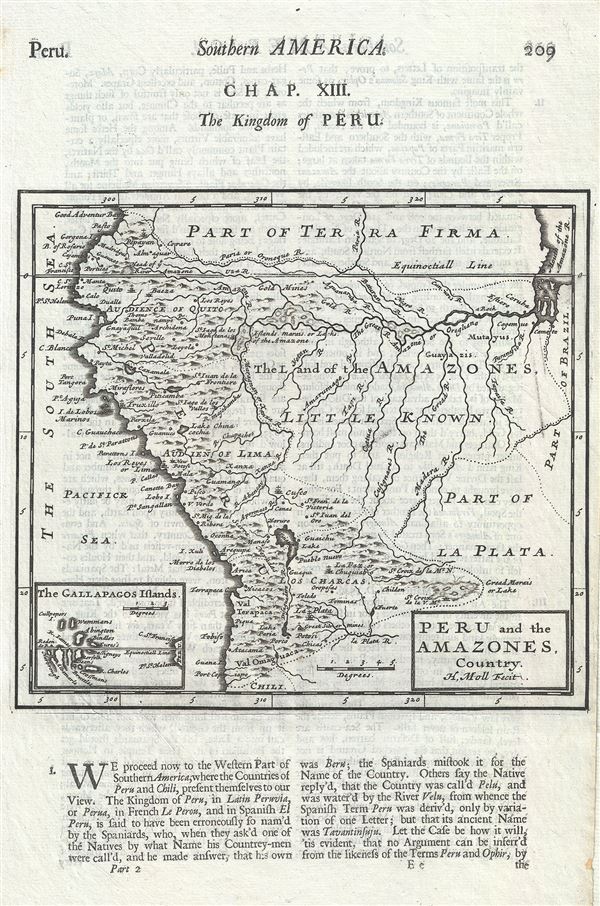 This is a fine 1701 map of Peru, Bolivia, Brazil and Ecuador by Herman Moll. It covers the western parts of South America from the mouth of the Amazon south to Chile. Includes the modern day nations of Peru, Ecuador (here called Quito), Bolivia, and parts of adjacent Brazil, Columbia, Chile and Argentina.

Though by this point in history, the general outlines of South America are well established by regular circumnavigations of the continent, the interior is entirely speculative. Moll fairly accurately maps of the Amazon and Orinoco River systems, though he does erroneously connects the two, an understandable error common to maps of the period.

The map notes several towns cities , lakes and rivers throughout, with beautifully rendered mountain ranges. An inset in the lower left quadrant depicts the Galapagos Islands. This map was issued in Herman Moll's 1701 System of Geography.