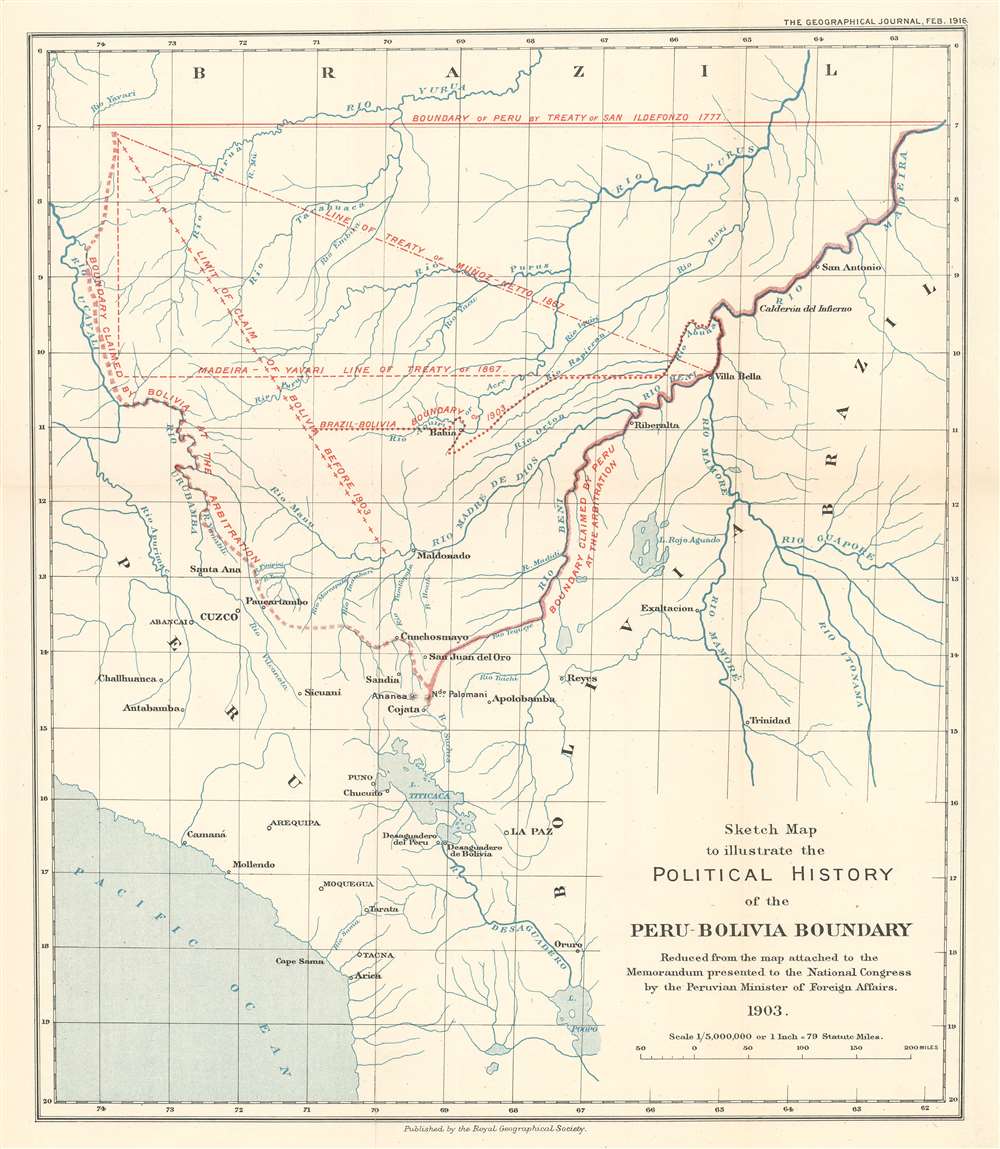 The contentious borders between Bolivia and Peru.
$250.00

This is a 1916 Royal Geographical Society map of Bolivia and Peru. Depicting the region from the Rio Ucayali to Brazil and from the Rio Yurua in Brazil to Lake Poopo and the Pacific coast. Red overprinting highlights the regional fluidity of national borders. Claims spanning from the late 18th into the early 20th century are traced by variously coded delimiters. Labels inform the viewer of the many claims and treaties, underscoring the region's complex diplomatic situation. Eventually, Bolivia and Brazil signed a treaty that set their mutual border. Bolivia and Peru, however, submitted their border dispute to international arbitration, ultimately conducted by the government of Argentina.

This map was reduced from a map 'Attached to the Memorandum presented to the National Congress by the Peruvian Minister of Foreign Affairs by the Royal Geographical Society for publication in the February 1916 edition of The Geographical Journal.' Two examples are cataloged in OCLC and are part of the institutional collections at Harvard College and Cambridge University.