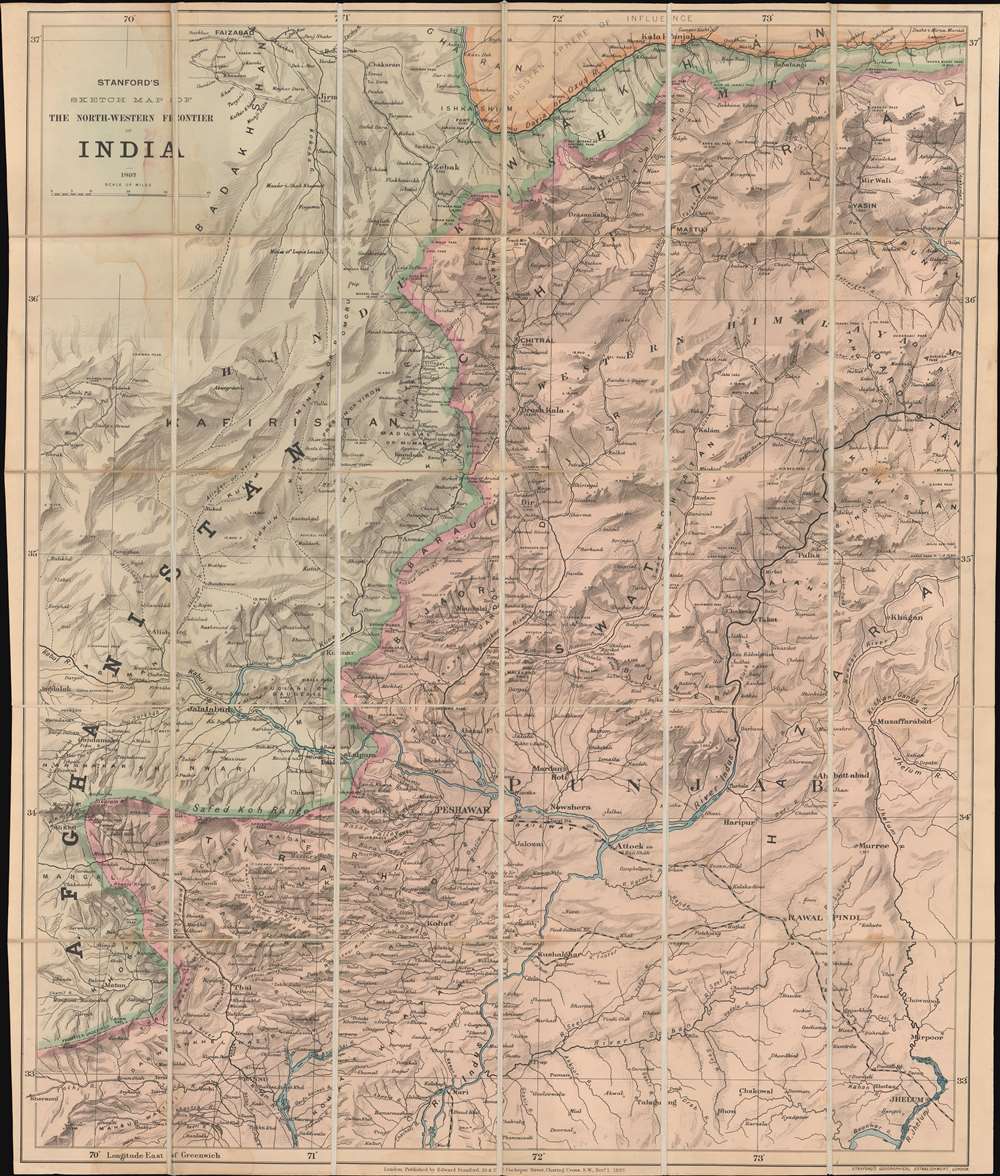 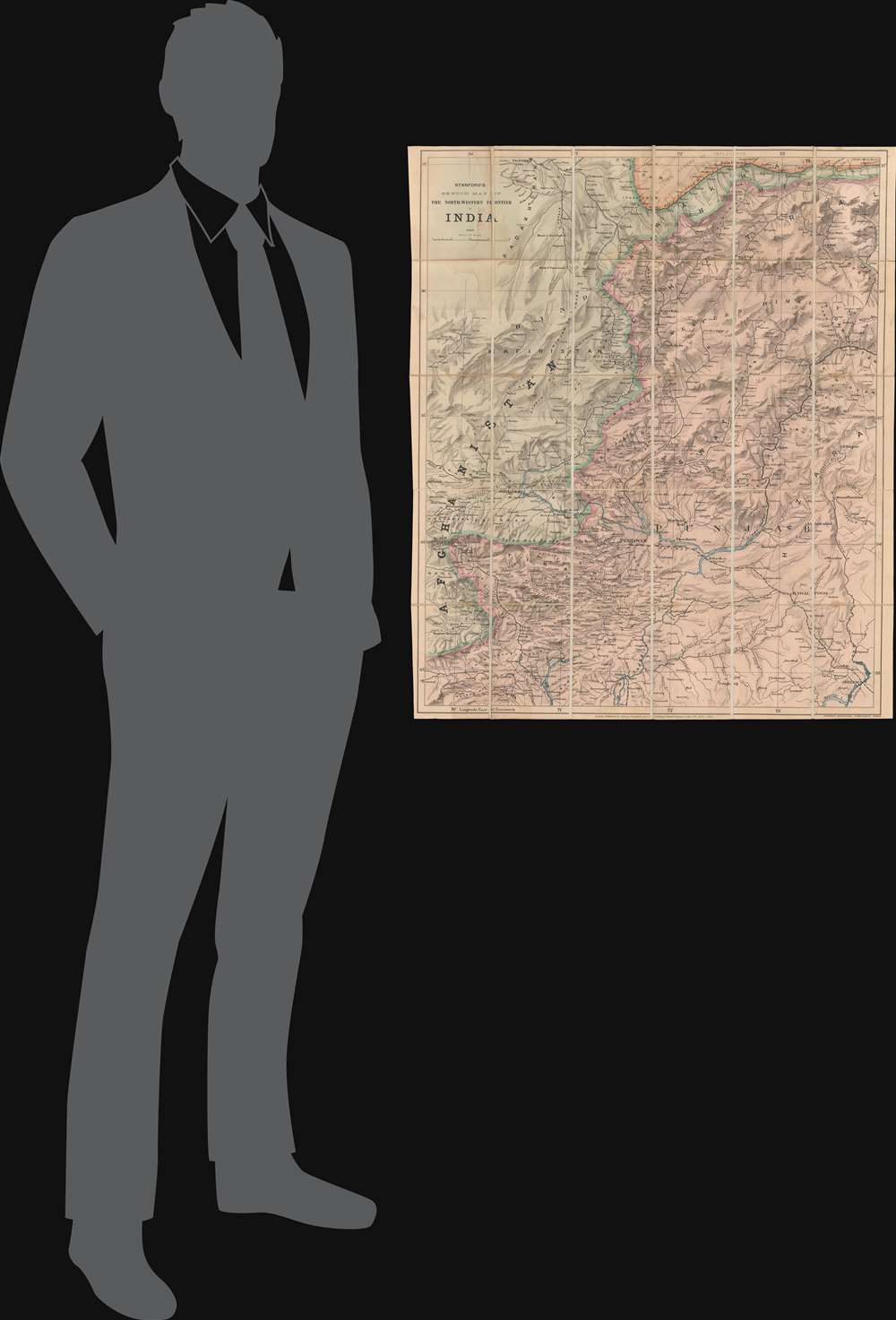 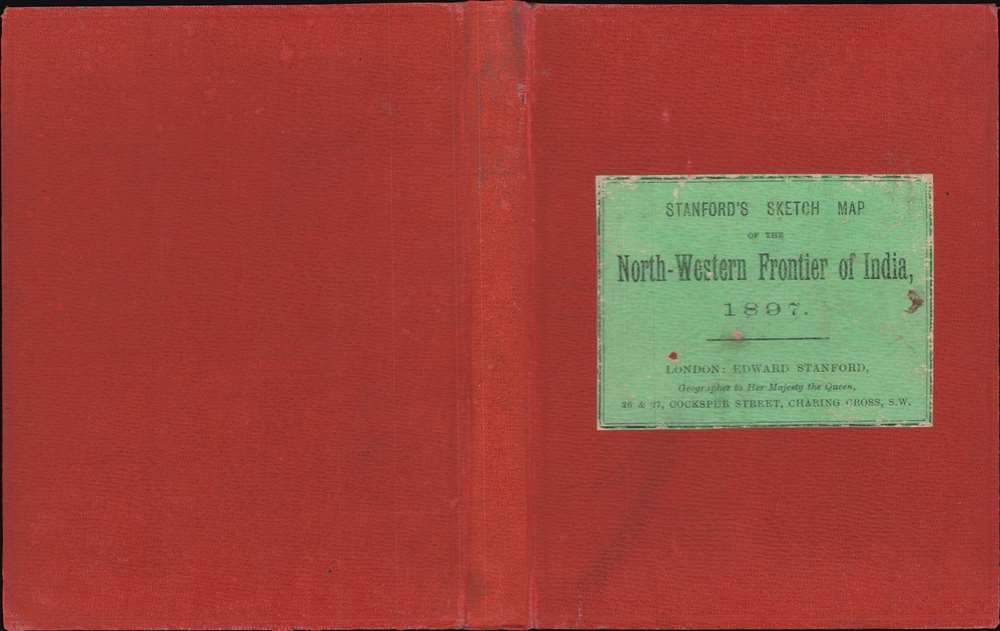 A remarkable 1887 map of northwestern Pakistan and northeastern Afghanistan produced at the height of the Great Game to satisfy British interest in the Tirah Campaign. Centered on Peshwar, the map embraces modern day Khyber Pakhtunkhwa (Khyber Pass), covering from Fayzabad (Faizabd), Afghanistan to Jhelum, Pakistan, and parts of Punjab.

This map was a kind of early newsmap issued to satisfy British interest in the Tirah Campaign, or Tirah Expedition. The Tirah Expedition (September, 1897 - April, 1898) was fought between the Punjab Army Corps, led by General Sir William Lockhart, and the Pashtun Afridi (افریدی) tribe over control of the Khyber Pass and Tirah Valley. The supressionary campaign followed a rebellion of the Afridi, who were charged with defending British interests in the Kyber Pass. Afridi rebels seized several forts on the Samana Range near the city of Peshawar. Lockhart retaliated with an organized campaign leveraging superior British training, armament, and resources. The Afridi generally avoided directly conflict, instead relying on guerilla attacks, but over the course of several months suffered severe losses and lost all of the Khyber forts. Rather than face another campaign in the Spring, the Afridi surrendered their territory and arms to the British. This map must have been issued early in the campaign, shortly after the September 1897 rebellion.

'The Great Game' was a diplomatic confrontation between the British and Russian Empires over Afghanistan and other territories in Central and Southern Asia. The conflict, rooted in long-standing animosity between Russia and Britain, revolved around Afghanistan, which, while lacking significant resources of its own, was strategically situated. For its part, Russia feared Britain was making commercial and military inroads into Central Asia, an area long within the sphere of influence of St. Petersburg. Britain, conversely, feared Russia making gains in India, 'the jewel in the crown' of British Asia. The escalating tensions led to several wars and proxy wars: The First Anglo-Afghan War (1839 - 1842), the First Anglo-Sikh War (1845 - 1846), the Second Anglo-Sikh War (1848 - 1849), and the Second Anglo-Afghan War (1878 - 1880), along with the Russian annexations of Khiva, Bukhara, and Kokand. Then as now, Afghanistan proved a grinding stone upon which the world's great empires diminished themselves, none achieving a definitive victory despite committing staggering resources. The Great Game 'ended' on September 10, 1895 with the signing of the Pamir Boundary Commission Protocols, which stabilized the border between Afghanistan and the Russian Empire - but well into the 20th century the British were well aware the conflict remained. Regarding the attitude of Afghans to the British and to the Russians, the general assumption of the British was that 'Some will fight for us, some against us, but all will fight.'

This map was issued by Stanford's Geographical Establishment in 1887. We note examples at the University of Minnesota and at the Bibliothèque nationale de France. Scarce to the market.