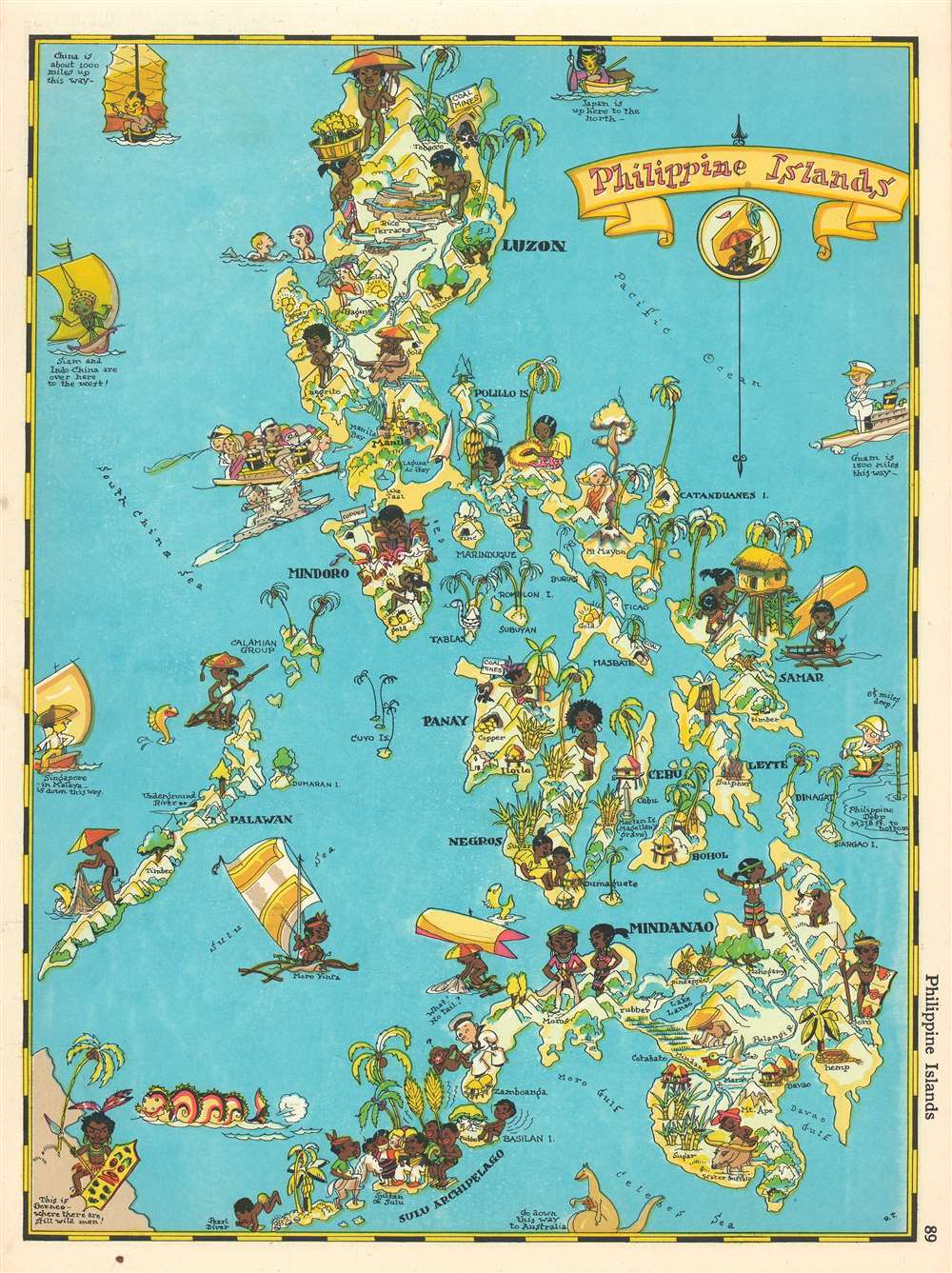 An entertaining pictorial map of the Philippines.
$200.00

This is a 1935 Ruth Taylor White pictorial map or 'cartograph' of the Philippines. The map depicts the archipelago from the South China. Sea to the Pacific Ocean and from Luzon to the Celebes Sea and Borneo. This 'cartograph' epitomizes the style and aesthetic of Ruth Taylor White, in that it is not meant to be geographically accurate but to entertain. In the 1930s, Manila was known as 'The Pearl of the Orient' and was an incredibly popular tourist destination. Here, White depicts a steamer full of tourists heading into Manila Bay right alongside and American battleship, complete with oversize guns. Native Filipinos, most of whom are barely clothed, are illustrated going about their lives beside white tourists frolicking in the ocean and reading in the sun. Many of the islands in the archipelago are labeled, and resources, such as copper, sulfur, gold, rubber, timber, and tobacco, are referenced. White also uses stereotypical caricatures of regional neighbors to globally situate the Philippines, including using a kangaroo and its joey to indicate the direction to Australia.

This pictorial map or 'cartograph' was published in Frank and Ruth Taylor's book Our U.S.A.: A Gay Geography in 1935.

Very good. Even overall toning. Text on verso.
Looking for a high-resolution scan of this?