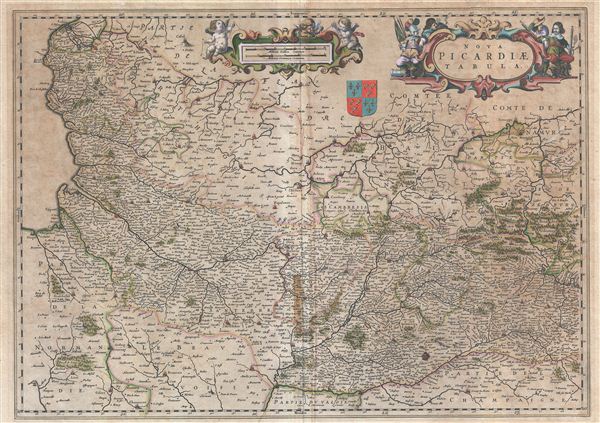 An attractive c. 1660 map of Picardy, France, by Johannes Blaeu. The map covers the French region of Picardy region, from Calais to Luxembourg and the Ardennes, and south as far as Valois. This map was most likely issued by Johanner Blaeu c. 1660. Includes the departments of Aisne, Oise, and Somme as well as portions of the adjacent regions of Luxembourg, Champagne, Beauvais, and Normandy.