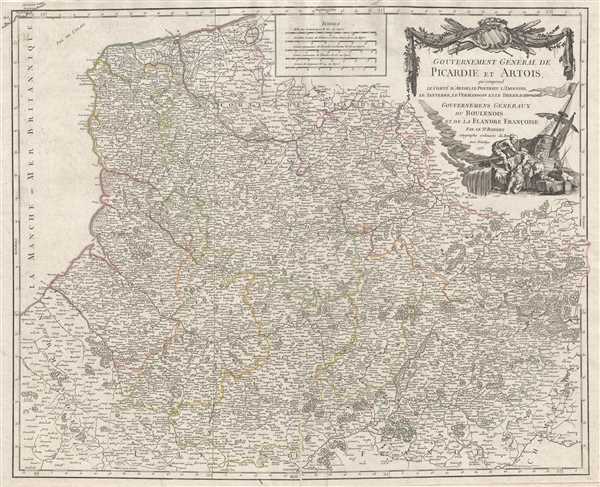 This is a beautiful old color 1753 Robert de Vaugondy map of Picardy and Artois. This map covers the regions of Picardy (Picardie) and Artois, as well as parts of Normandy (Normandie), l'Ile de France (Isle de France), and Champagne. The Pas de Calais and the English Channel (La Manche) are also labeled. This map was published by Gilles Robert de Vaugondy for his 1573 Atlas Universel. Historically, Picardy has a proud and strong regional heritage. They have their own dialect, Picard, extraordinary Gothic churches, distinctive local cuisine, beer, traditional games, sports, and dances and music.