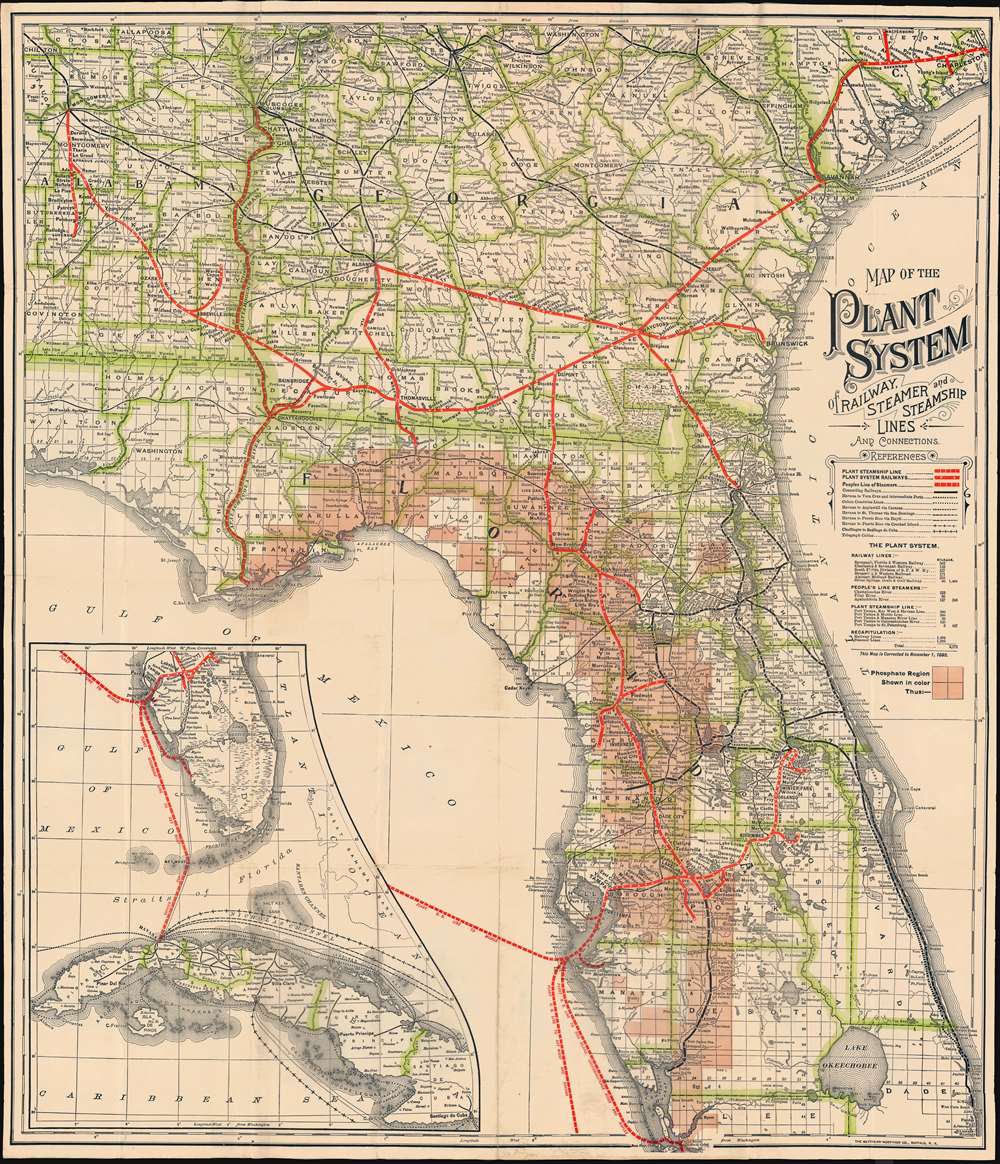 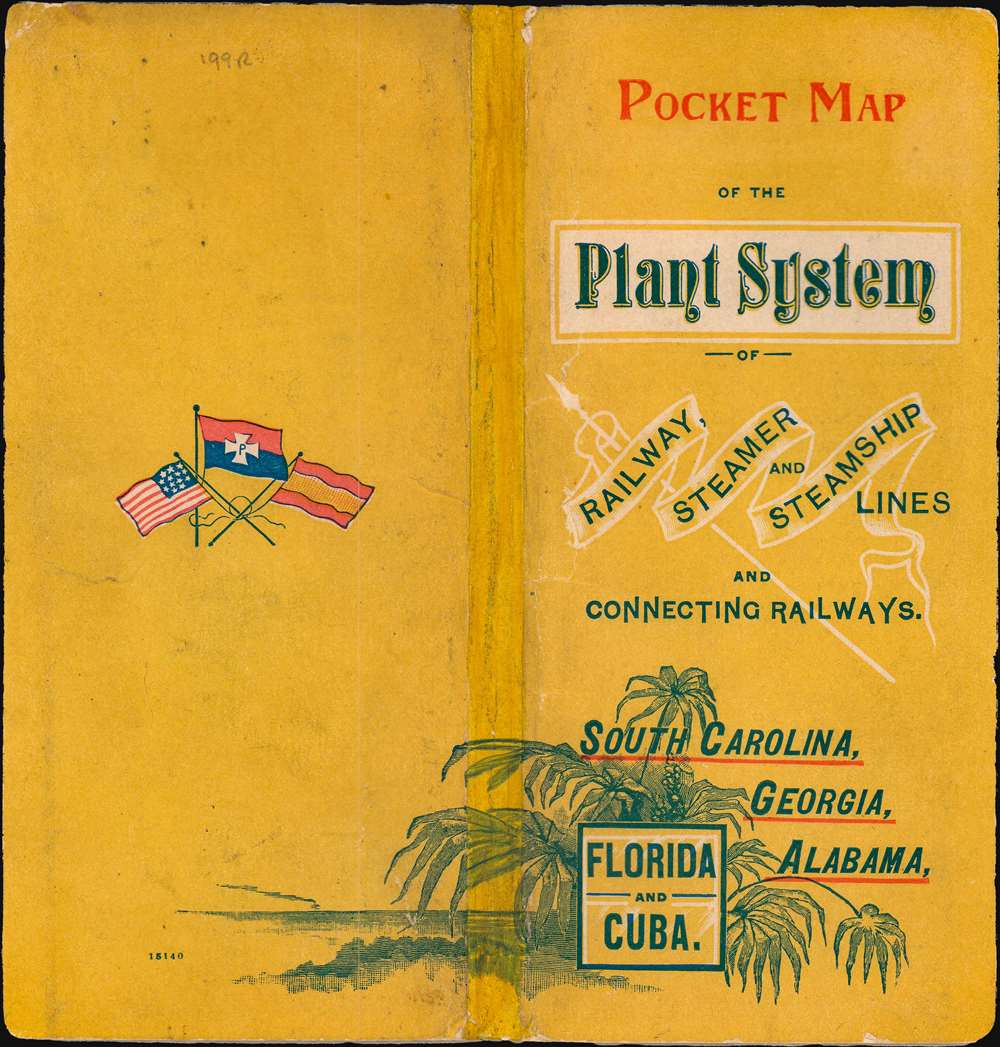 A striking 1893 map of Florida, Georgia, and Alabama, illustrating the extent of the Plant system, a Tampa-based network of railroads and steamers traveling throughout the southeastern United States. The map also highlights Florida's rich phosphate mining region - a major source of revenue for the Plant system which was ideally suited to transport the valuable mineral.

The Plant System named after its owner, Henry B. Plant, was a system of railroads and steamboats in the U.S. Southeast. The system was based upon the Savannah, Florida and Western Railway, running across southern Georgia. The Plant Investment Company was formed in 1882. It grew coverage by leasing or buying other railroads, among them the Charleston Railroad and the Brunswick and Western Railroad. It also began acquiring steamship lines, extending converge from Tampa to Cuba, Key West, and other points. The Plant system was competition to Henry Flagler's Florida East Coast Railroad. It was taken over by the Atlantic Coast Line Railroad in 1902.

This map is striking for its depiction of Florida's rich Phosphate deposits, first discovered in Florida around when this map was issued. Here the entire phosphate region is highlighted in a broad crescent embracing much of western peninsular Florida. At the time, this area was swampy, threaded with rivers and estuaries, that locked lock organic materials into the ground, creating one of the nation’s richest reserves of phosphate. Today Florida's phosphate fuels the American farming and fertilizer industry.

This map was issued on November 1, 1893. It was published by the Matthews Northrup Company of Buffalo, New York for the Plant System Railroad. Scarce.