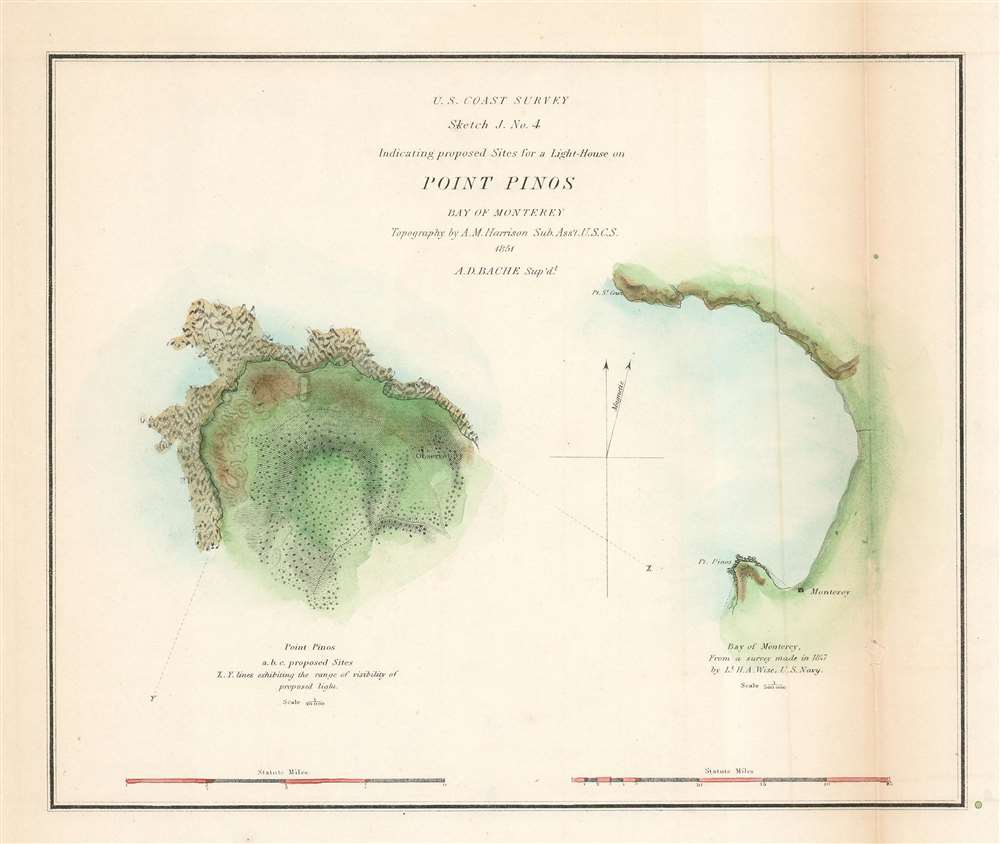 This is a beautiful 1851 U.S. Coast Survey nautical chart or map of Monterey Bay and Point Pinos, California. Essentially two maps on a single page, the right hand side map was created from surveys made in 1847 and depicts Monterey Bay from Pt. St. Cruz to Point Pinos. Monterey City is identified. The left map focuses on Point Pinos and details proposed light sites and the their potential range of visibility. The Point Pinos Lighthouse was finally built in 1855 and is now the oldest continuously operating lighthouse in the western United States.

Very good. Exhibits wear and toning on original fold lines. Backed on archival tissue.
Looking for a high-resolution scan of this?