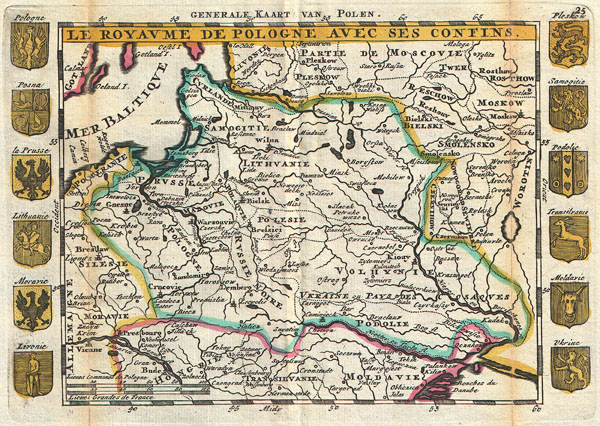 A stunning map of Poland first drawn by Daniel de la Feuille in 1706. Covers the entire territory of Poland as well as parts of Latvia, Prussia, Hungary, Transylvania, Moldova and Russia. Flanked on either side by the twelve armorial crests of Poland and its immediate neighbors. Title appears at the top center in both French and Dutch. This is Paul de la Feuille's 1747 reissue of his father Daniel's 1706 map. Prepared for issue as plate no. 31 in J. Ratelband's 1747 Geographisch-Toneel.

National Library of Latvia, 075.
Looking for a high-resolution scan of this?