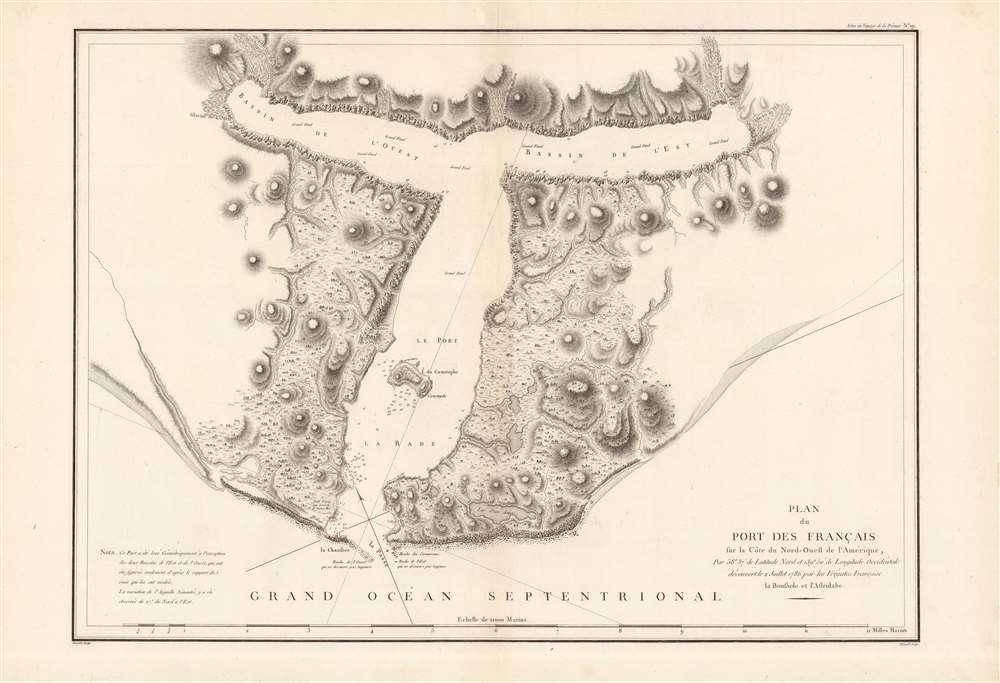 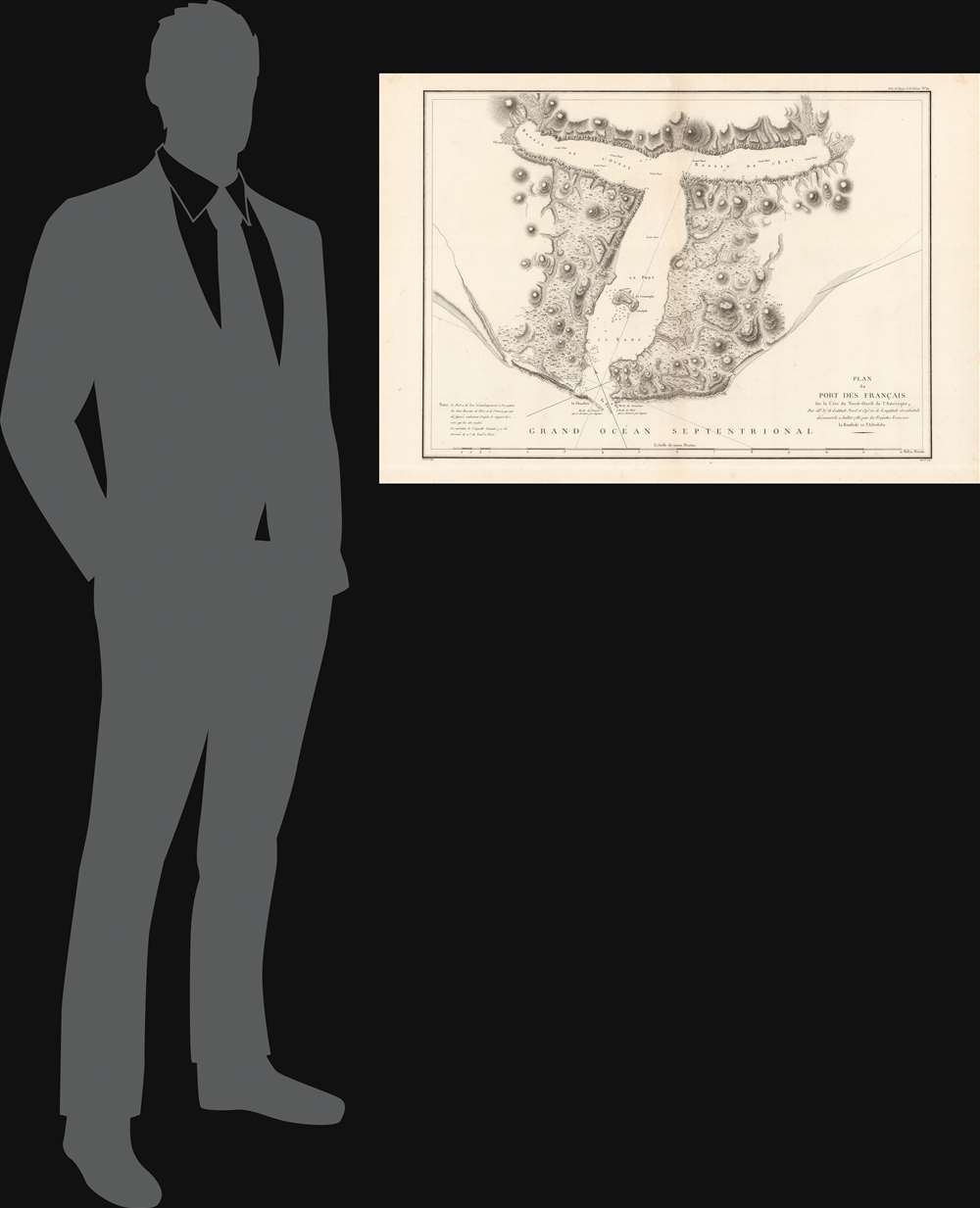 This is a fine example of La Perouse's important 1786 mapping of Lituya Bay, which he named 'Port des Français,' on the southern portion of the Alaska coastline. When drawn in 1786, La Perouse's map was the only available map of this region not based on the survey work of Captain Cook.

The map shows the very distinctively shaped bay (described in an explanatory note at bottom-left) and the Lituya Glacier which feeds into it. The unusual topography of the bay is defined by steep walls receding from the glacier, a very deep submerged bottom, and a narrow entrance to the ocean.

Lituya Bay is situated on the southern coast of Alaska not far from Juneau (about 115 miles as the crow flies). It is now a part of the Glacier Bay National Park and Preserve. The bay (or fjord) and nearby Lituya Mountain are known for their perilousness. Twenty-one of Perouse's men died while trying to navigate the tidal currents in Lituya Bay. It is also famous for being hit by tsunamis and landslides, including a megatsunami in 1958. When an earthquake caused a large mass of rock on the northeastern shore of the bay to drop from 3,000 feet, the rock crashing into the water created a wave over 1,700 feet high, a world record for a runup against a hillside.

This map was drawn by La Perouse in 1786 and published posthumously as Plate No. 19 in the first edition of the Atlas du Voyage de la Perouse. It was engraved by Bouclet, edited by Hérault (no further information is available on these individuals), and published in Paris by the Imprimerie de la Republique in 1797 (Year 5 of the revolutionary regime). Due to variations in cataloging the map, it is difficult to precisely determine its distribution, but both the map and the entire atlas are known to be held by a handful of libraries in North America and Europe.