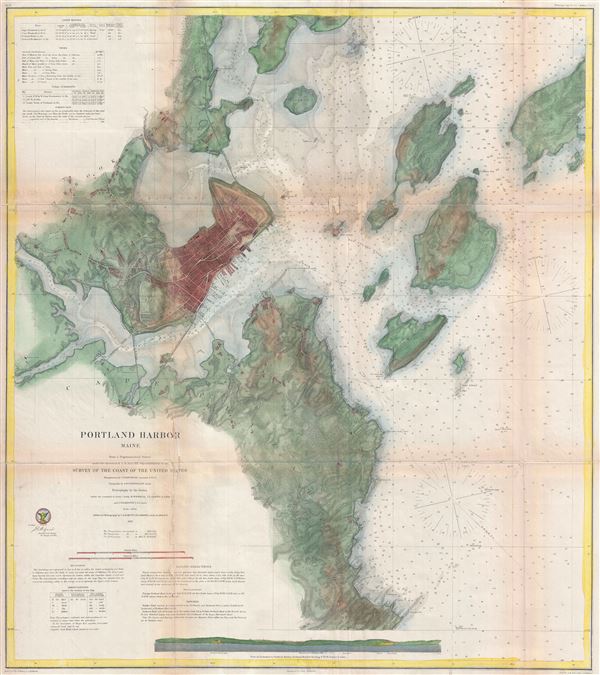 A beautiful example of the U.S. Coast Survey's 1866 nautical chart or maritime map of Portland Harbor, Maine. Centered on the city of Portland, this map covers from Westbrook to Long Island and from the mouth of the Presumpscot River to Trundy Point. This 1866 map represents the culmination of the Coast Survey's work in the vicinity of Portland. Unlike earlier issues, this example presents rich topographical detail as well as hydrographical data. There are countless depth soundings throughout and the left-hand quadrants feature sailing instructions, notes on tides and light houses, and a wealth of other practical information for the mariner. The city of Portland itself is beautifully illustrated with numerous individual buildings and all major streets rendered.

Good. Some wear and toning slight repaird loss on original fold lines. Backed with archival tissue for stability.
Looking for a high-resolution scan of this?