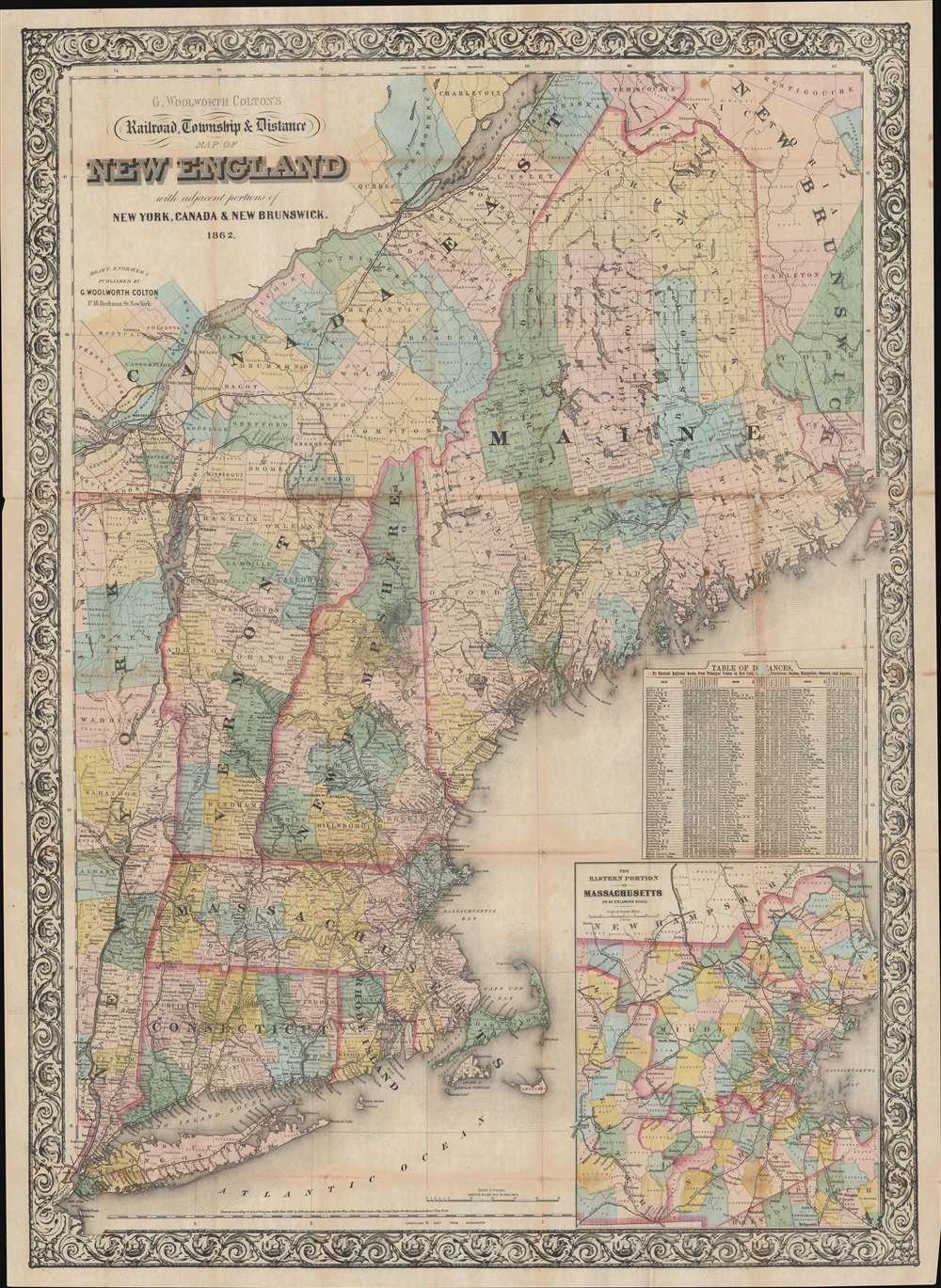 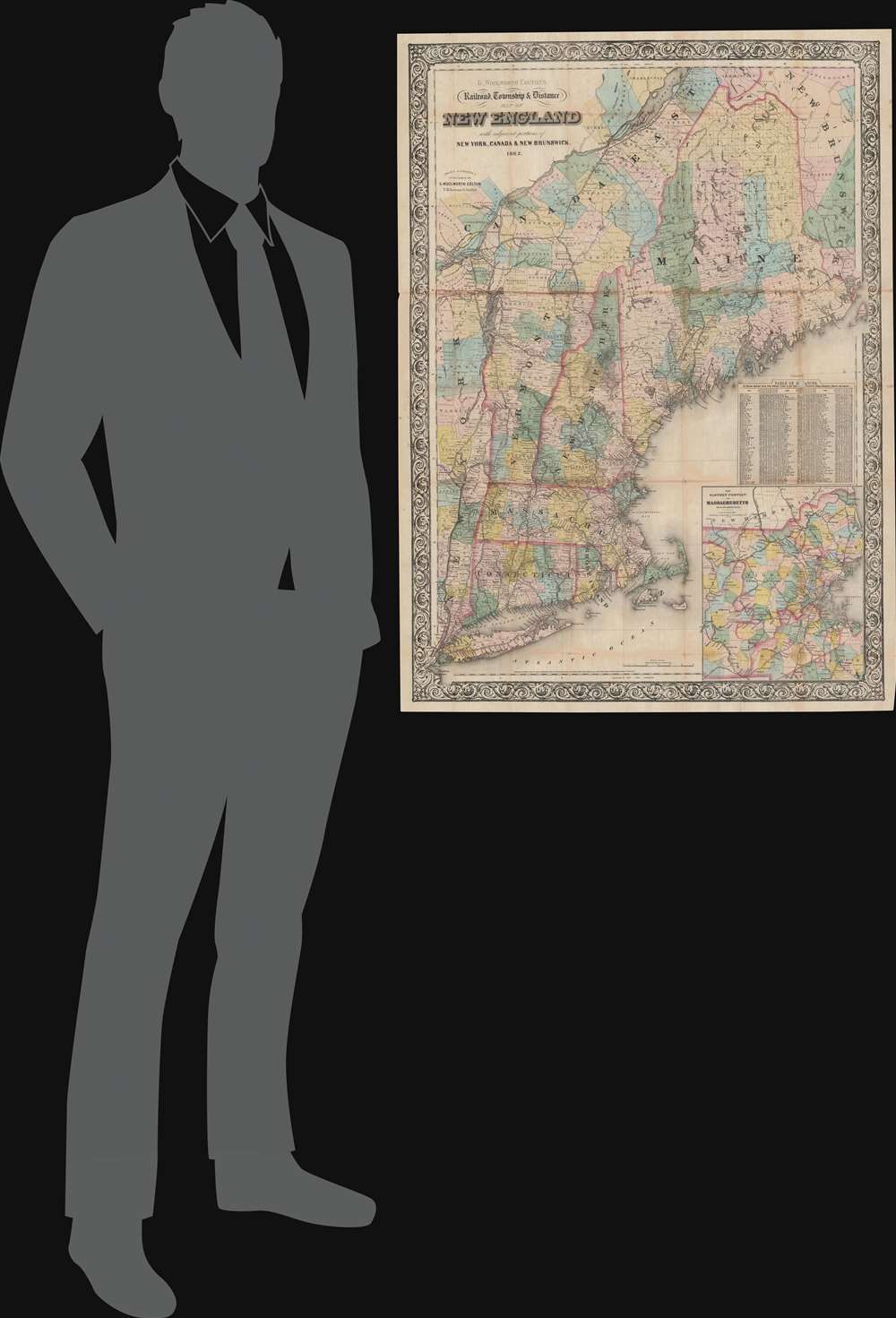 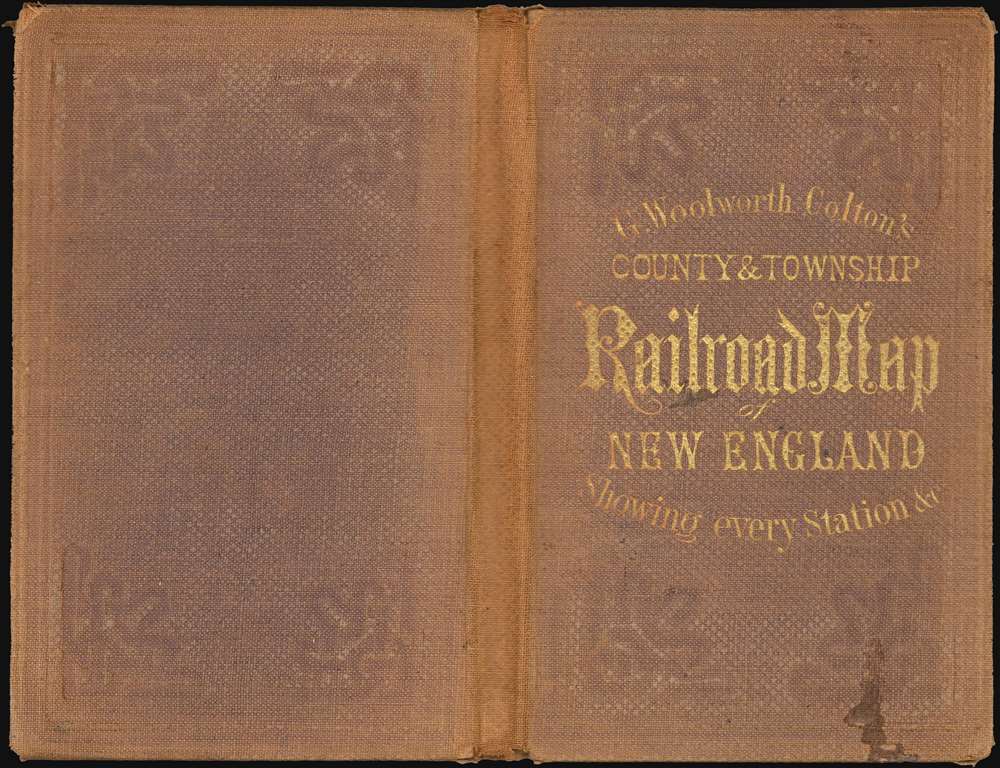 This is an 1862 George Woolworth and Charles B. Colton railroad pocket map of New England - illustrating a period of brisk industrialization, railroad construction , and democratization of travel. The map details the expanding New England railroad network extending from Maine and Quebec to Long Island. Towns and villages along the railroad lines are identified and mileage is provided. An inset in the lower right focuses on the busy eastern Massachusetts corridor between Boston and Worcester. A table above the inset contains distances by rail from nearly 200 towns to New York, Hartford, Providence, Boston, Montpelier, Concord, and Augusta.

This map was created by George Woolworth and Charles B. Colton. It bears a copyright of 1861, but is also dated in the title to 1862, this example representing the second edition. Multiple subsequent editions followed to about 1886. While published in quantity, early editions are scarce to the market. We do not see an OCLC reference for the 1861 edition, as here.