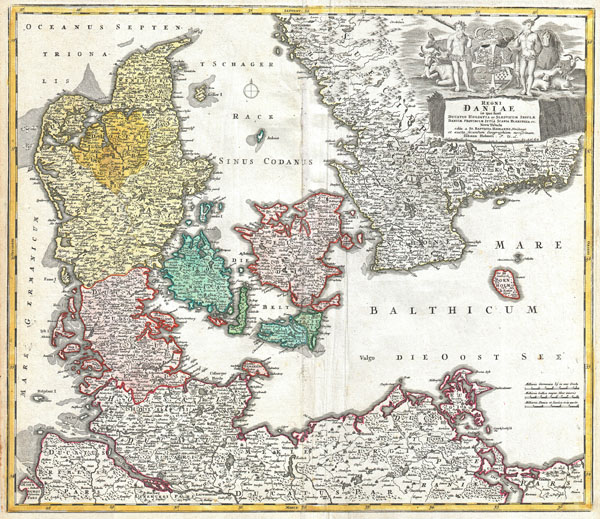 
Johannes Hubner (1668 - 1731) was a German historian, teacher, geographer and poet. Hübner taught at the University of Leipzig and there edited the first German language encyclopedia, the Reales Staats-, Zeitungs- und Conversationslexikon. He is known to have worked with the Homann Heirs in the early 18th century. Hübner died in Hamburg on 21 May 1731 at the age of 53. Learn More...

Very good condiiton. Minor discoloration to original centerfold. Blank on verso.
Looking for a high-resolution scan of this?