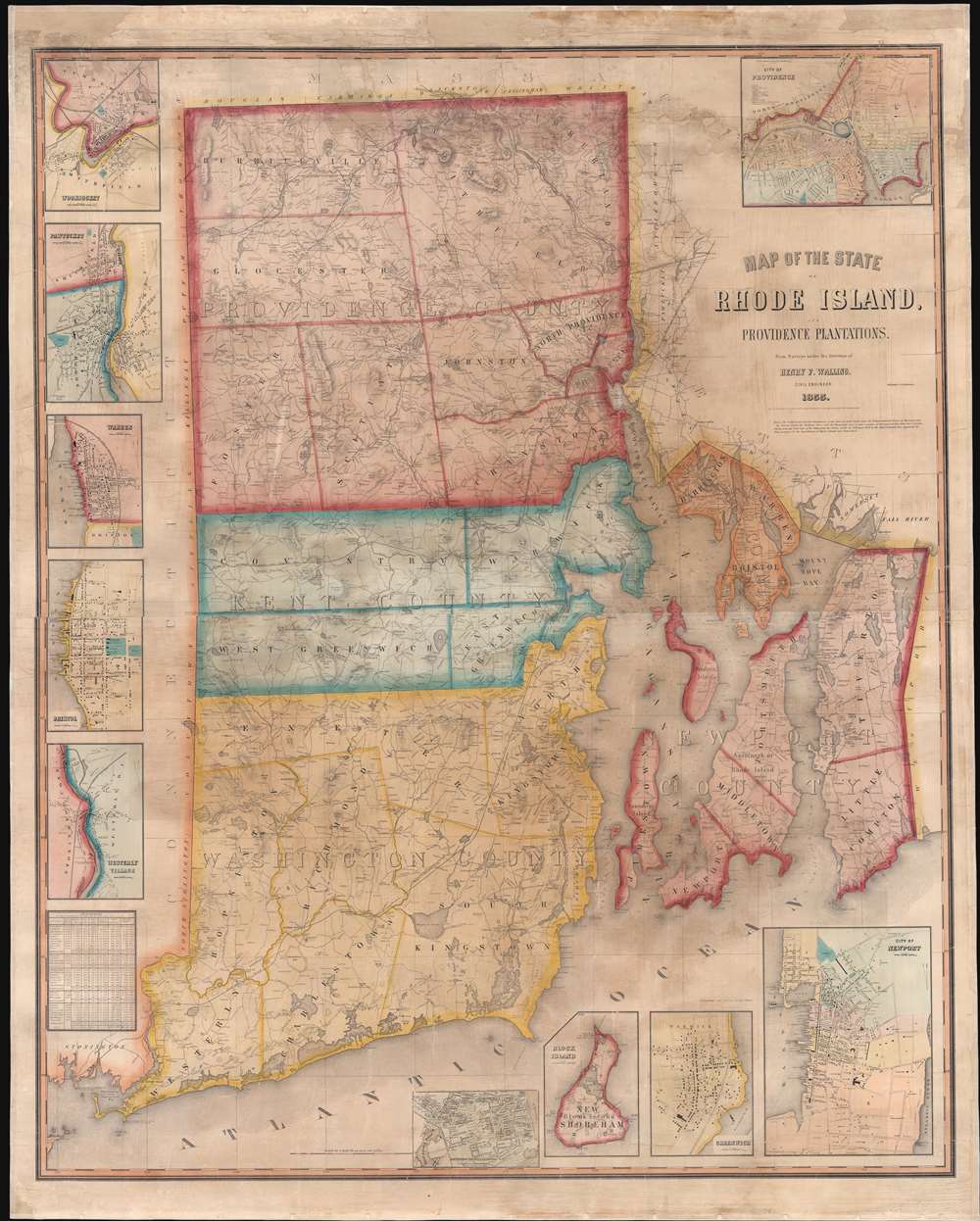 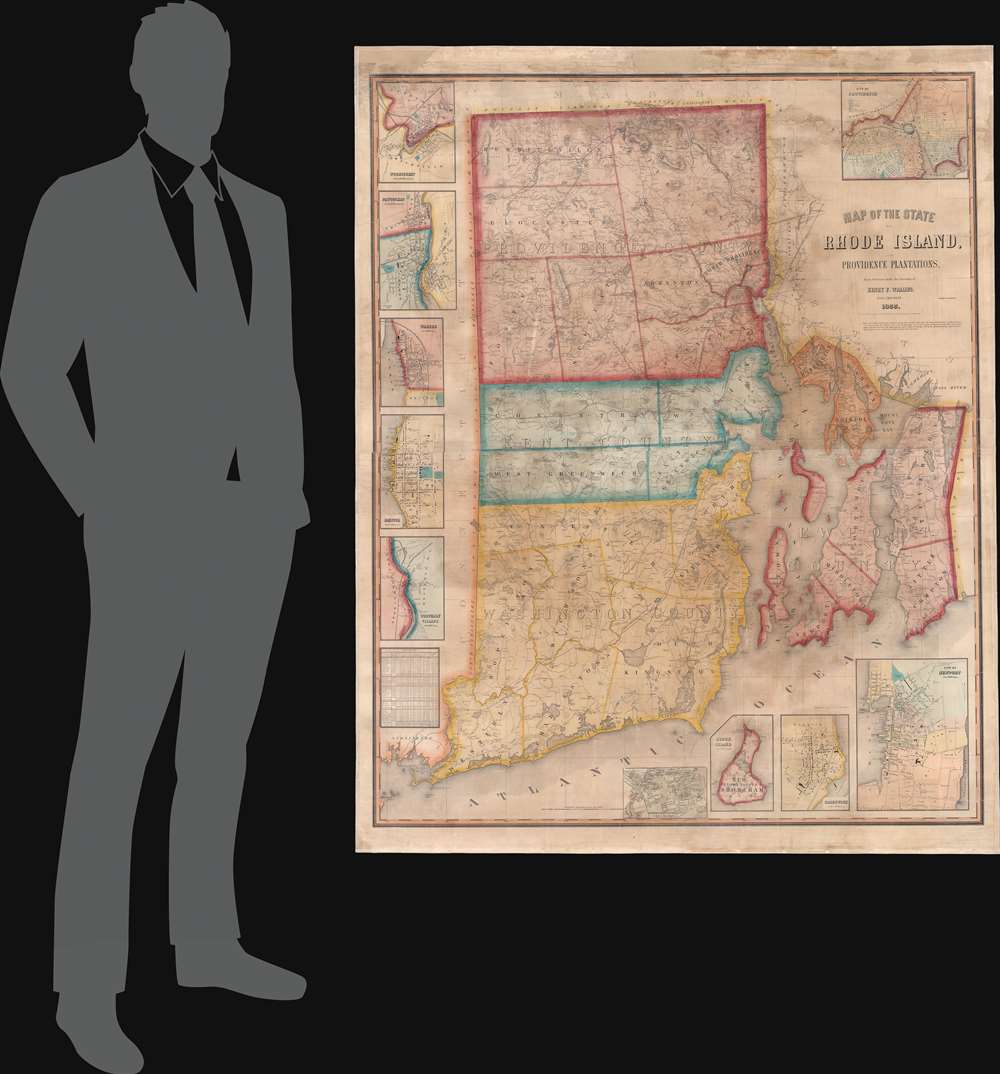 One of only 3 state maps issued by Walling.

The present example is the first, 1855, edition of this map. It was engraved in Boston by Lodowick Harrington Bradford and published by Henry F. Walling. It was subsequently reissued in the 1860s on an even larger scale. In his long career as a cartographer Walling produced only three state maps: Rhode Island, Vermont, and Maine. All examples are extremely scarce and rare to the market.