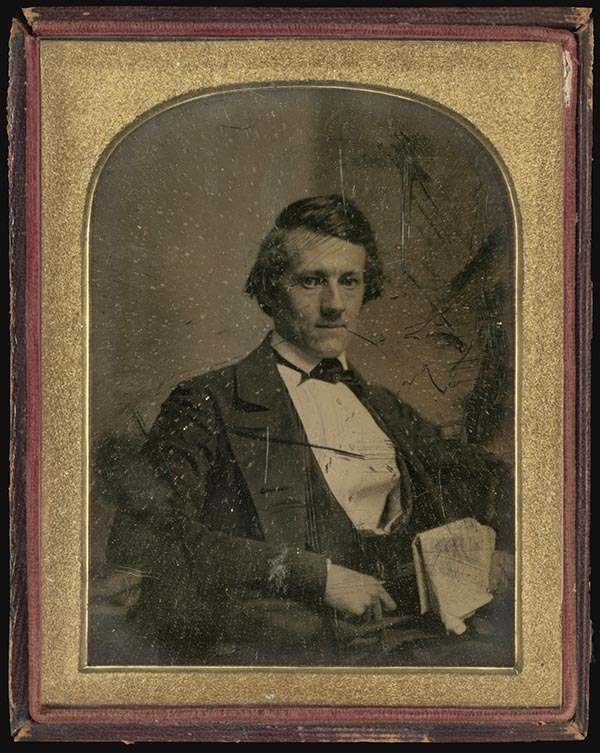 Lodowick Harrington Bradford (November 10, 1820 - December 13, 1885) was a Boston based engraver lithographer active in the second half of the 19th century. Bradford was born in Boston, Massachusetts. He studied as a line engraver before transitioning to the then new art of lithography. He even invented his own photolithographic ambrotype process that created a durable photographic picture on lithographic stone. In 1849 he partnered with Ebenezer Tappen (September 11, 1815 - January 25, 1854) to form the Boston firm of Tappan and Bradford. The partnership remained active until Tappan's untimely death in January, 1854. From 1854 to 1859 Bradford continued to operate the firm, but the imprint changed to 'L. H. Bradford and Company.' It is not clear who the 'and Company' was, possibly Tappan's heirs? From late 1859 until his 1870, he printed under 'L. H. Bradford.' His last known lithographs appeared in 1860, but he did continue copper and steel engraving until his death. Bradford was married to Martha Brown, from an old Gloucester Family. After his wedding in 1849, he divided his time between Gloucester and Boston. In Gloucester he made the acquaintance of the local painter Fitz Henry Lane (1804 - 1865) and worked with him to produce several views in the 1850s. He died on the road between Boston and Gloucester in 1885.