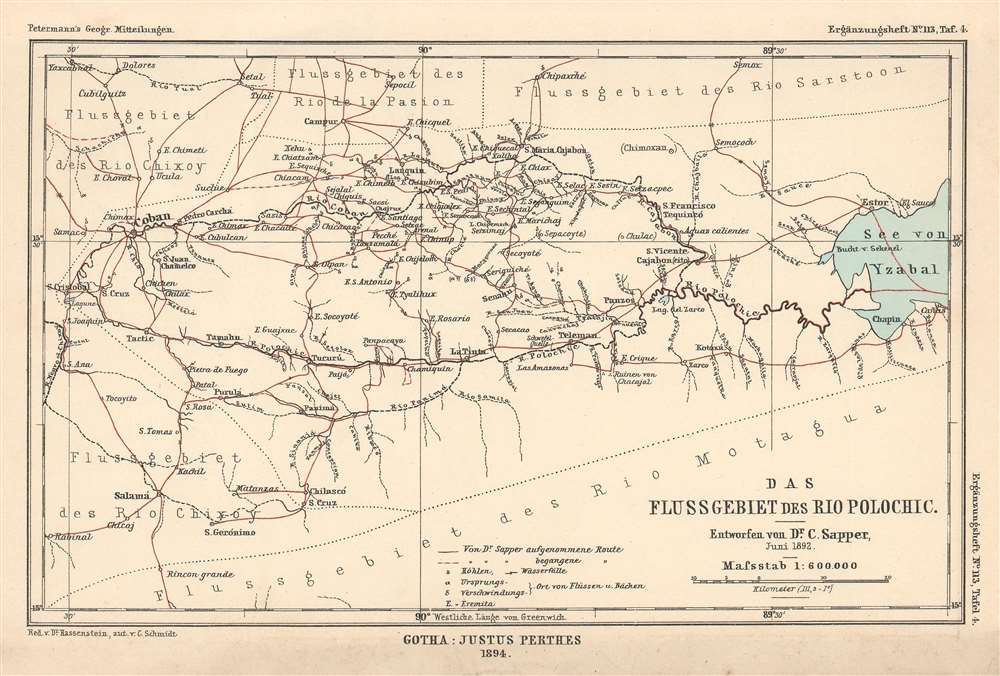 A detailed map of the Rio Polochic which empties into Lake Izabel.
$175.00

This is an 1894 Hassenstein map of the Rio Polochic (Polochic River) in Guatemala. The map depicts the region west of Lake Izabel and details not only the Rio Polochic but most of the river system, which consists of the Rio Cajabon and numerous smaller rivers and tributaries, many of which are illustrated and labeled. Towns and villages throughout the region are also identified, and Dr. Sapper's travels through the region are traced by solid red lines.

The Rio Polochic, which is 121 miles long, flows east through a deep canyon, before emptying into Lake Izabel. Only nineteen miles of the river is navigable, from the lake to Panzós, and used to be used to transport timber and coffee, Today, however, trucks are used to transport goods through the river valley.

This map was created and drawn by Bruno Hassenstein, engraved by C. Schmidt, and published by Justus Perthes in an 1894 edition of Petermanns Geographische Mitteilungen. The OCLC records examples as being part of the collections at the Bavarian State Library and The British Library.