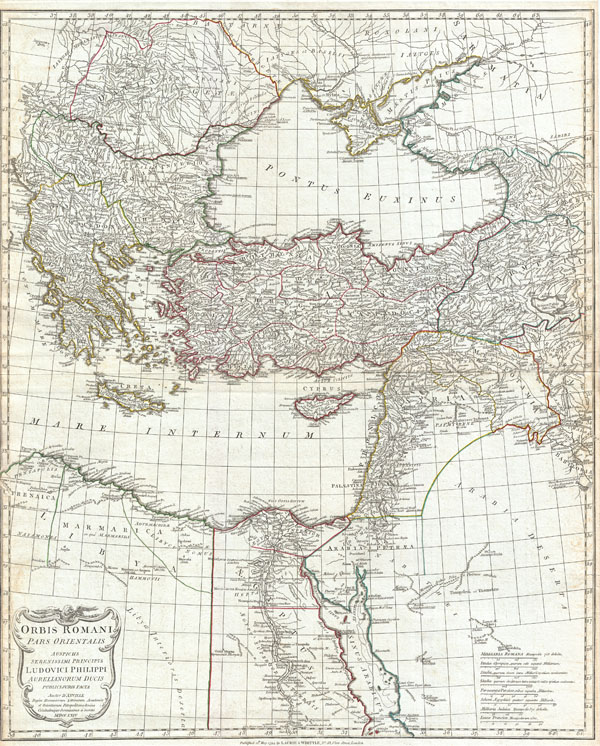 A large and dramatic J. B. B. D'Anville map of the eastern part of the Roman Empire. Covers from Greece (Graecia) and Dacia east as far as Babylonia, Arabia and Armenia. Extends south as far as Thebes in Upper Egypt. Includes the eastern part of the Mediterranean (Mare Internum) and the Black Sea (Pontus Euxinus). Details mountains rivers, cities, roadways, and lakes with political divisions highlighted in outline color. Decorative title cartouche bearing the Roman Eagle appears in the lower left quadrant. Includes eight distance scales, bottom right, referencing various measurement systems common in antiquity. Text in Latin and English. Drawn by J. B. B. D'Anville in 1764 and published in 1794 by Laurie and Whittle, London.