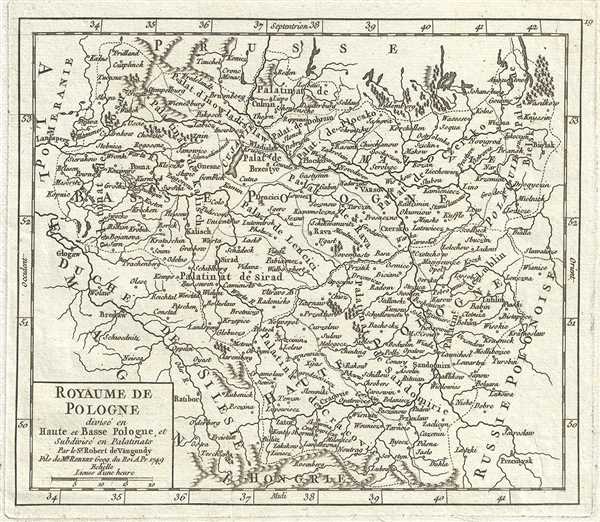 Poland before the partition of the Polish-Lithuanian Commonwealth.
$100.00

This is a lovely 1749 map of the Kingdom of Poland by Robert de Vaugondy. It depicts the different Palantinates or administrative division of Poland. The map renders the entire region in extraordinary detail offering both topographical and political information.

This map illustrates Poland in the declining years of the Polish-Lithuanian Commonwealth, prior to the 1772 First Partition of the Commonwealth. Following the death of King John III Sobieski and the end of Poland's Golden Age, a series of internal conflicts and external invasions destabilized the region to the brink of anarchy. The rapacious Russian Empire, under Tzar Peter the Great, used its influence to further weaken the state in anticipation of outright annexation. By 1768 the Polish-Lithuanian Commonwealth would become a protectorate of Imperial Russia.