1748 Vaugondy Map of England and Wales 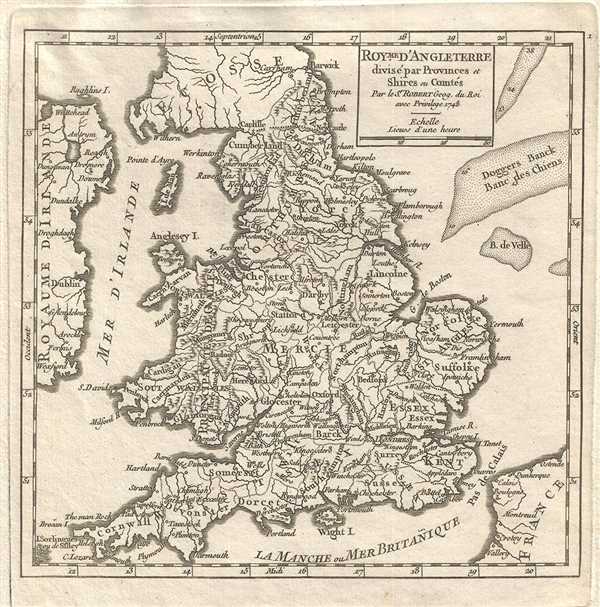 1748 Vaugondy Map of England and Wales

This is a lovely 1748 map of England and Wales by the French cartographer Robert de Vaugondy. It depicts the entirety of England and Wales including the Isle of Man. Incredibly detailed, the map notes provinces, shires, cities, towns, rivers, mountains and a host of additional topographical features. The map also depicts Doggers Bank, a large sandbank in the North Sea, part of the landmass that connected Europe to the British Isles during the last ice age. This map was published in the 1748 edition of Vaugondy's Atlas Portratif Universel et Militaire.