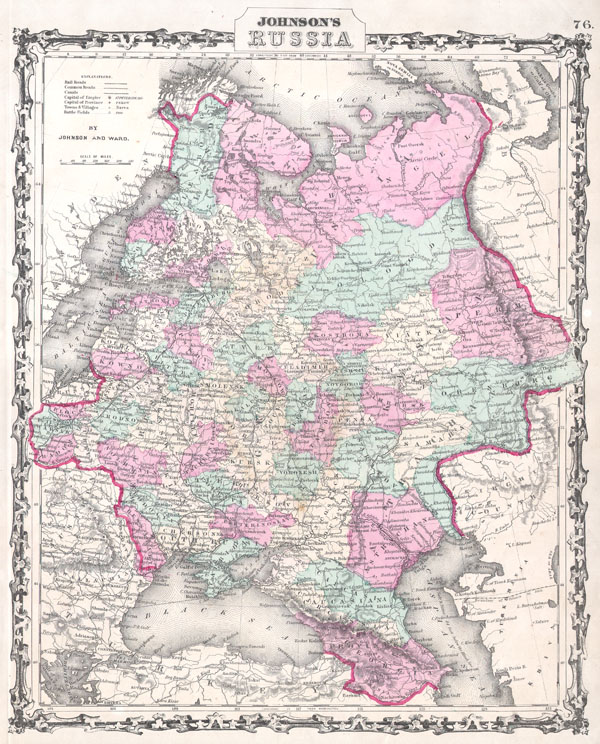 A beautiful example of Johnson and Ward's 1862 map of Russia. Depicts the European portions of Russia from the Arctic Sea south to the Black Sea and Caspian Sea. Extends west as far as Warsaw and east as far as Orenburg and Perm. Includes the Ukraine. Surrounded by the attractive ribbon border common to Johnson's atlases between 1860 and 1862. One of the more attractive American atlas maps of Russia to appear in the mid 19th century. Based upon Colton's 1855 map of the same region. Prepared by A. J. for inclusion as plate 76 in the 1862 issue of Johnson's New Illustrated Family Atlas.

Phillips (Atlases) 6140-33.
Looking for a high-resolution scan of this?