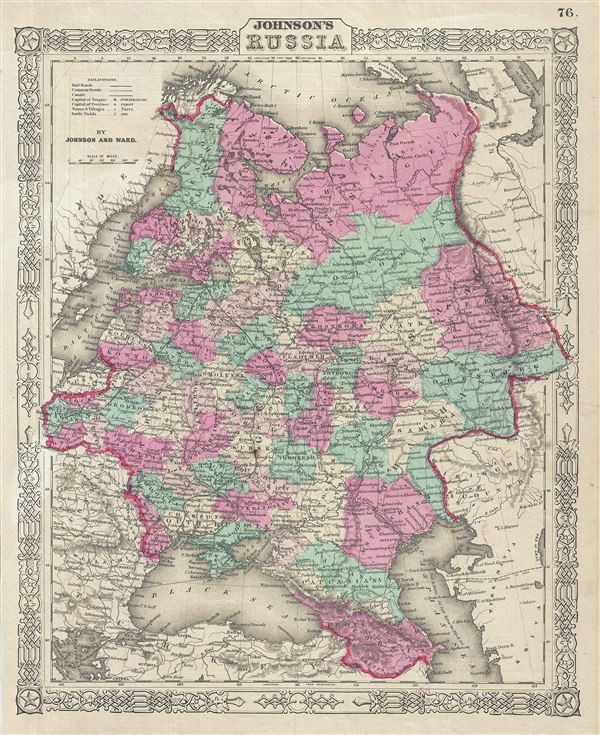 A beautiful example of Johnson and Ward's 1863 map of Russia. Depicts the European portions of Russia from the Arctic Sea south to the Black Sea and Caspian Sea and extends west as far as Warsaw and east as far as Orenburg and Perm. Includes the Ukraine. Russia at this time was under the suzerainty of Tzar Alexander the II. Alexander is best known for his liberal reforms including the emancipation Reform of 1861 which liberated Russia's countless serfs.

The map features the fretwork style border common to Johnson's atlas work from 1863 to 1869. Published by Johnson and Ward as plate no. 76 in the scarce 1863 edition of Johnson's Family Atlas.