1794 Wilkinson Map of Russia in Asia 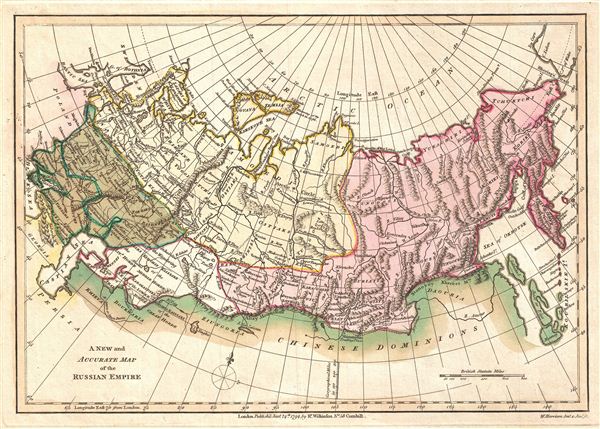 1794 Wilkinson Map of Russia in Asia

A finely detailed first edition 1794 map of the Russian empire by Robert Wilkinson. Covers the lands claimed by Tsarist Russia from the Black and Baltic Seas fully across Asia to the Bearing Strait and the Peninsula of Kamchatka, and from the Arctic Ocean to Chinese Tartary and the Caspian Sea. engraved by Thomas Condar for the 1794 first edition of Robert Wilkinson's General Atlas.