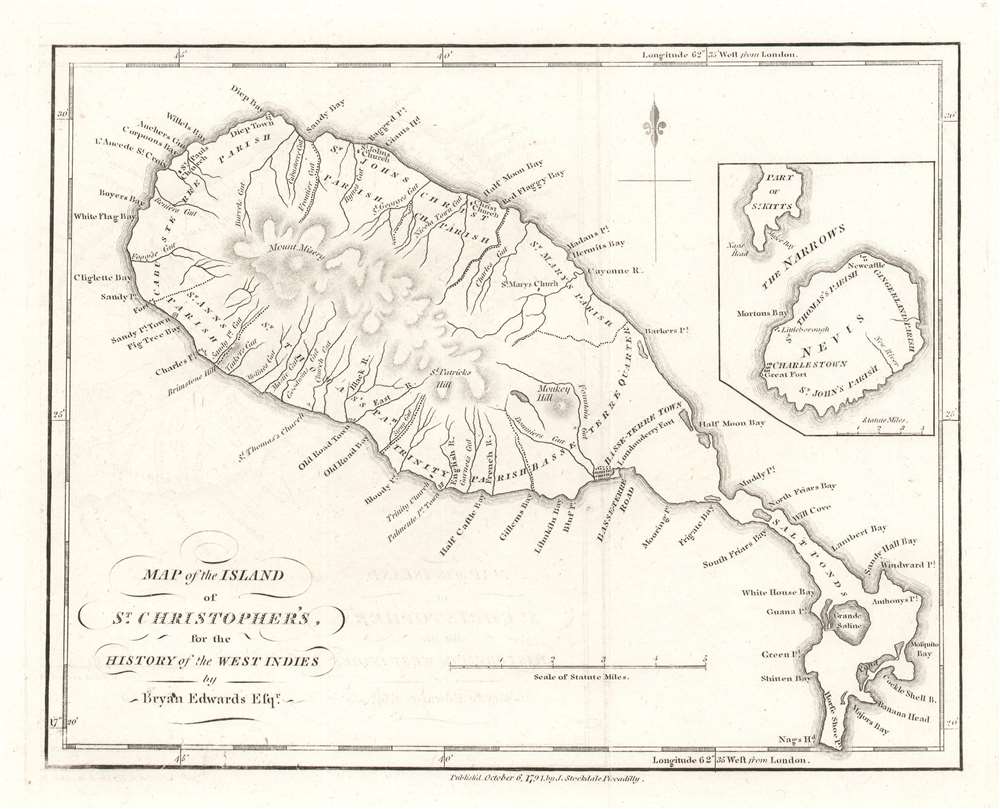 Details Saint Kitts, home to the largest fortress ever built in the Caribbean.
$250.00

This is a 1794 Bryan Edwards and John Stockdale map of Saint Kitts or St. Christopher. An island in the Leeward Islands, the modern-day nation of the Federation of 'Saint Kitts and Nevis 'consists of Saint Kitts and the island of Nevis, which are separated by a two-mile-wide channel called 'The Narrows.' Here, Nevis is illustrated in an inset on the upper right. Basseterre on Saint Kitts and Charlestown on Nevis are both labeled, along with a handful of other settlements and three churches. Parishes on both islands are also identified. Mountains, rivers, and bays are named as well. Today, Saint Kitts is known as a tourist destination, although it has yet to reach the popularity of other Caribbean islands.

This map was created by Bryan Edwards for inclusion in his The History Civil and Commercial of the British Colonies of the West Indies and published by John Stockdale. Five examples are cataloged in OCLC and are part of institutional collections at The British Library, Biblioteca Nacional de España, the National Library of Scotland, the State Library of Victoria, and the Bayerische Staatsbibliothek in Munich, Germany.