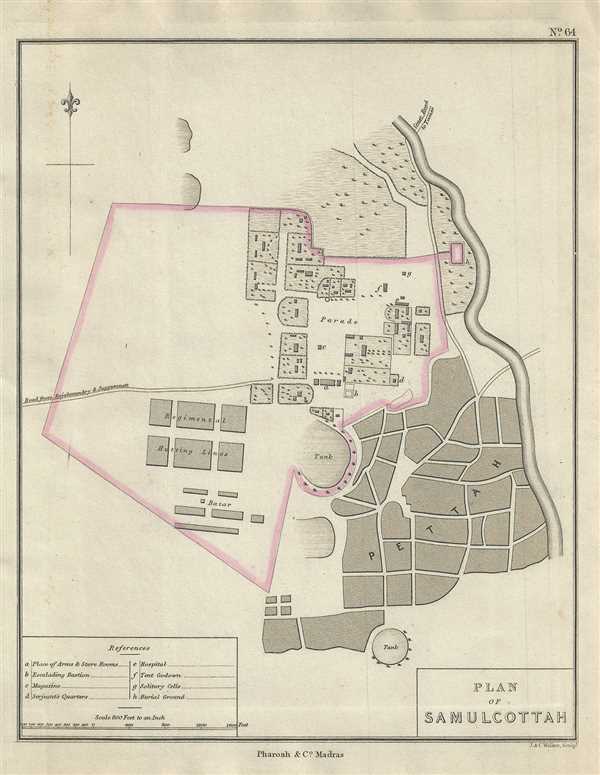 Town plan of Samalkota in the Indian state of Andhra Pradesh.
$175.00

This is a nice 1854 Pharoah and Company map of the town of Samalkota located in the East Godavari district of Andhra Pradesh, India. The map notes rivers, important roads, bazaars, tanks and military buildings. A reference table in the lower left quadrant lists the locations marked on the map. This map was engraved by J. and C. Walker and issued as plate no. 64 by Pharoah and Company in their 1854 Atlas of Southern India.