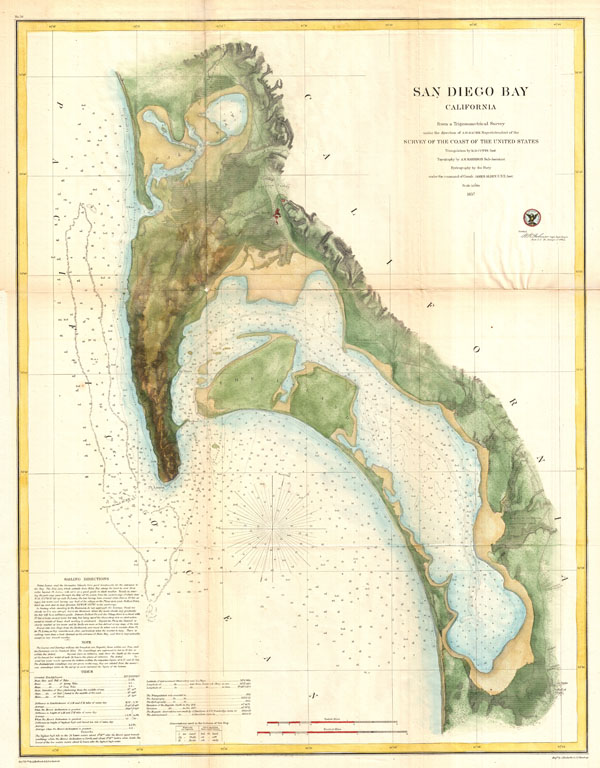 This is the most attractive map of San Diego Bay, California, to emerge from the work of the U.S. Coast Survey. Covers the Sand Diego area from False Bay and the Valley of Las Yeguas southward past Mission Valley and San Diego city to San Diego Bay and the villages of La Punta and the Valley of Ohjia. Offers superb detail both inland and at sea. Inland detail includes topographical features, rivers, roads, and villages. Villages and cities, including San Diego, La Playa, New San Diego, and others, are detailed to the level of individual buildings. Nautical details include innumerable depth sounding, breakwaters, and notes on the Kelp Beds off the coast of Point Lonia. Lower left quadrant features textual sailing instructions as well as notes on the tides and a history of the chart.