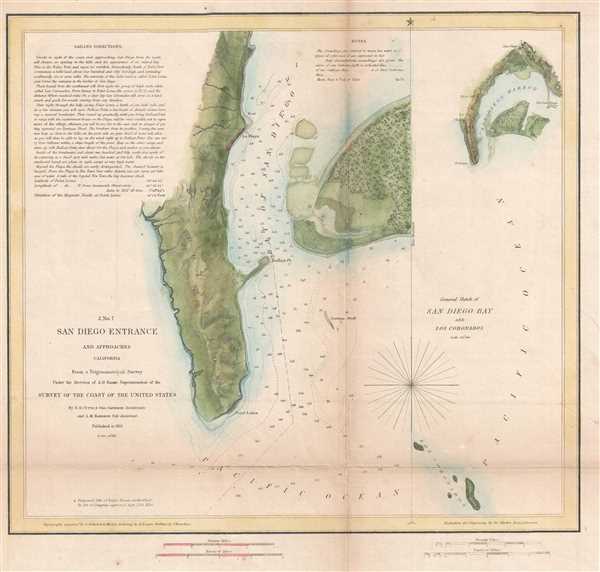 This is a lovely 1851 U.S. Coast Survey chart or map of San Diego Bay. It features essentially two maps in one chart separated by a compass rose. The first map shows San Diego Bay and Harbor just south of the city of San Diego. The second (right hand) map depicts a more general view of the area extending as far south as the Coronados Island Group. A note in the top left quadrant includes sailing directions and other useful information. Countless depth soundings are noted throughout. This map was created under the direction of A. D. Bache, Superintendent of the Survey of the Coast of the United States and one of the most influential American cartographers of the 19th century. Issued for the 1851 Superintendent's Report.