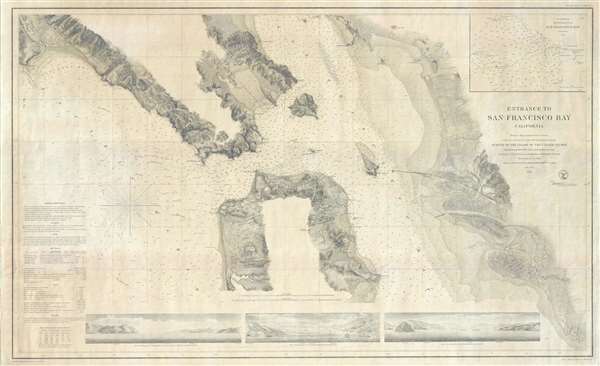 The triangulation for this chart was prepared by R. D Cutts and A. F. Rodgers. The topography is the work of R. D. Cutts, A. M Harrison and A. F. Rodgers. The Hydrography was accomplished by a party under the command of James Alden. The entire chart was prepared under the supervision of A.D. Bache, one of the most influential and prolific figures in the early history of the U.S. Coast Survey. The chart was engraved by J. Knight, A. Blondeau and G. B. Metzeroth and issued as electrotype copy no. 2. by G. Mathiot.