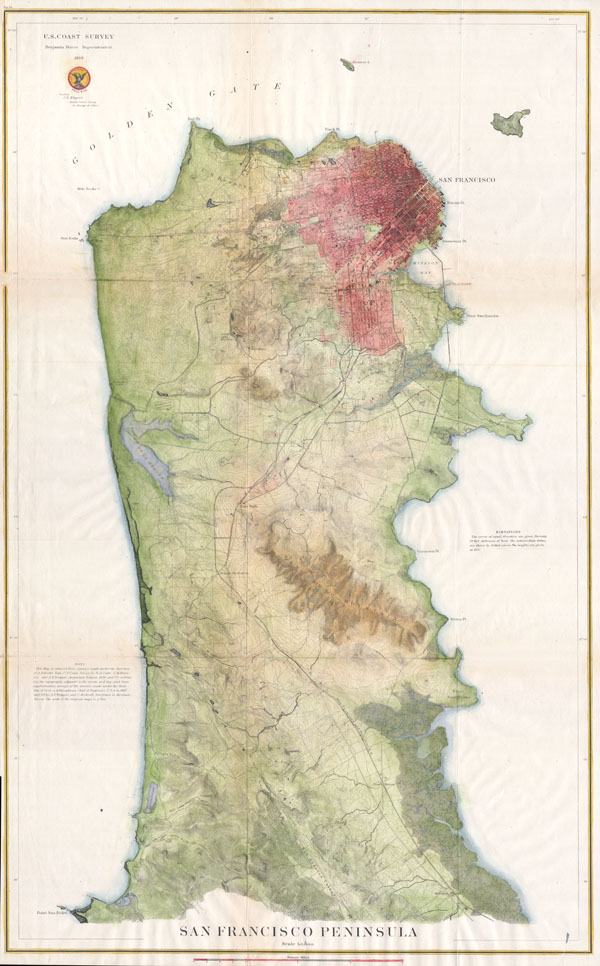 A rare coastal chart of San Francisco Peninsula by the U. S. Coast Survey, 1869. Depicts the immediate city of San Francisco and surrounding areas as far south as San Pedro and Millbrae Station. Includes the San Francisco – San Jose Railway line. This is one of the first U.S. Coast Survey carts to use contour lines to depict topography. Printed for the Report of the Superintendent of the United States Coast Survey, Showing the Progress of the Survey During the Year 1869.