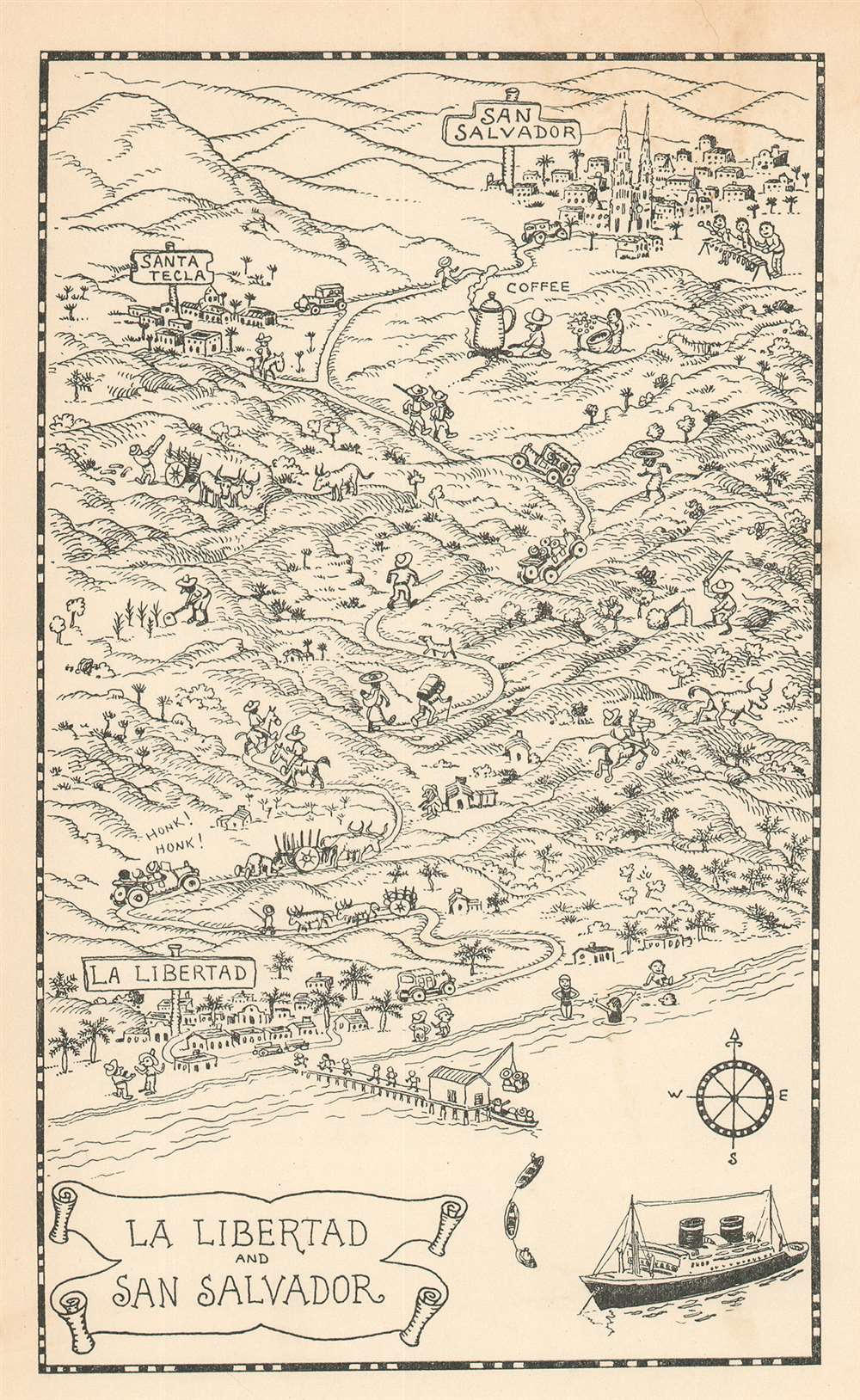 A charming pictorial map of part of El Salvador between La Libertad and San Salvador.
$75.00

Created for passengers on Grace Line cruises, this is a 1934 Jo Mora pictorial map of El Salvador. La Libertad, El Salvador, served as one of the ports of call on some Grace Line cruises, and passengers were invited to disembark and travel the twenty-six miles to San Salvador, El Salvador's capital. Mora lends his style to this excursion and draws passengers parading down a dock toward cars waiting to ferry them to the city. Locals are also illustrated tending their fields and riding on horseback. One individual is shown stoking a fire under a gigantic coffee pot!

This map was created and published by Jo Mora as part of his book entitled Log of the Spanish Main.