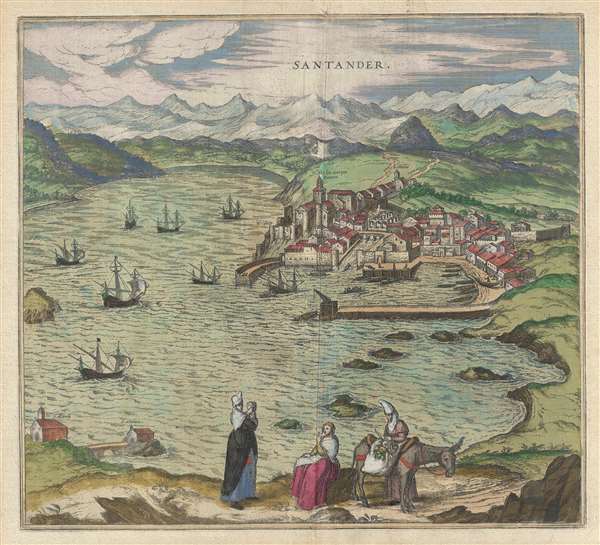 Early view of an important Spanish port city in the Basque Region.

This is a 1580 Georg Braun and Franz Hogenberg view of Santander, Spain. The view overlooks the town of Santander from one of the hills which presumably surrounds the city. The city and harbor are depicted in detail, illustrating individual buildings, the town church, and even individual fishing boats in the harbor! Large sailing ships dot the bay. Mountains and a large waterfall provide a backdrop, while townspeople in traditional dress occupy the foreground, along with their donkey. The fact that the harbor dominates the view alludes to the town's trading importance in the region of Cantabria.

This view was published in Civitates Orbis Terrarum by Braun and Hogenberg in 1580.